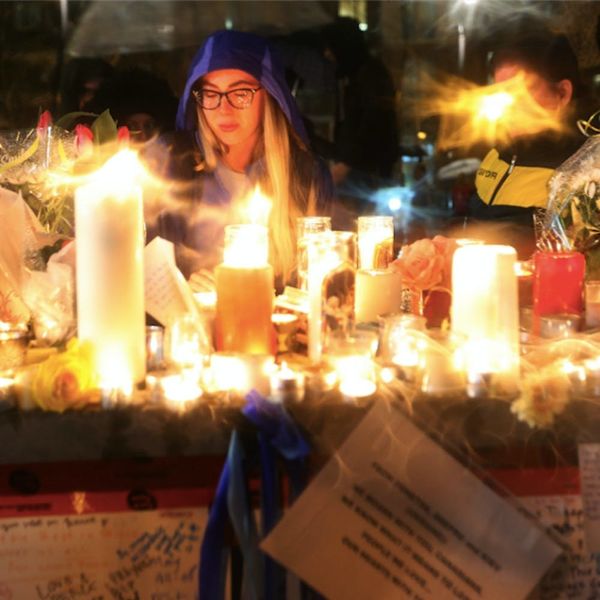 ‘Be careful.’ Nearly every day, those are my partner’s last words to me as I make my way out the door. Every time he says it, I feel a bit… annoyed. And the annoyed feeling makes me feel guilty. And then the guilt gives new energy to the whole being annoyed thing again. It’s an exhausting emotional cycle. After all, I know he says it because he cares about me, because he loves me. His ‘Be careful’ comes from a good place. But it makes me feel bad.

In the days that followed the April 23 van attack in Toronto — in which eight women and two men were killed after the driver, Alek Minassian, steered his rented vehicle up onto a crowded lunchtime sidewalk — it was revealed Minassian had professed admiration for Elliot Rodger, who, motivated by a hatred of women, killed six people and injured 14 others in Isla Vista, California in May 2014. According to a social media post made by Minassian on the day of the attack, he also counted himself among a group who self-identify as “incels,” or “involuntary celibates.” Both Rodger and the Toronto attacker subscribed to the idea that women’s bodies were something they were entitled to, and something that women refused to give them.

The week of the attack, an incredibly insightful friend of mine posted a message on social media. In it, she wrote that she didn’t want to be told ‘Be careful’ ever again. Her words lifted the mental and emotional fog I’d been living under — the one that made it hard for me to square my annoyance with my partner with my understanding of the worry driving his need to say those words.

The details of the Toronto case are still being confirmed, but we know this: The victims of the attack were not skydiving or swimming with sharks. They were walking down a sidewalk to get a sandwich or a tea, going about their business. These women? They were being careful. How do I know that? Because when you grow up female (or anywhere on the LGBTQ+ spectrum, or Black, or part of any marginalized group) you’re careful almost all the time. We choose what and where carefully. We choose when and who carefully. We walk carefully and pick our seats on the bus carefully and sip our drinks in bars carefully. There have been times when I’ve slept carefully.

Telling women to be careful puts the onus on them to protect themselves from the danger that other people (most often men) inflict on them. In a weird way, it also pits women against each other, if indirectly. ‘Do these things to protect yourself so you aren’t the one to get sexually assaulted,’ the subtext seems to warn. ‘Let it be that other woman… she was less careful.’

Telling a woman to be careful is a cop-out, and especially when the person saying it is cisgender and male. Why do women have to protect themselves? Why can’t men stop doing harm to us instead? Being careful is only a band-aid for the root of the problem: male-perpetrated violence. Yes, that would be the harder fix, but don’t tell me that it’s impossible. What’s impossible is protecting ourselves, all by ourselves, from a misogynist with a van or a gun. Impossible is being ‘careful’ all of the time.

Is ‘be careful’ helpful or pointless? Let’s talk about it on Twitter.

Corrina Allen
Corrina Allen is a film + television + travel writer from Toronto. Her journalistic goals include a backstage interview with David Byrne, the fictional character she identifies most closely with is John Wick, and her favorite dead person is Vladimir Nabokov. She never, ever Instagrams photos of her food (just her dog).
Controversy
Current Events
Controversy
More From Current Events