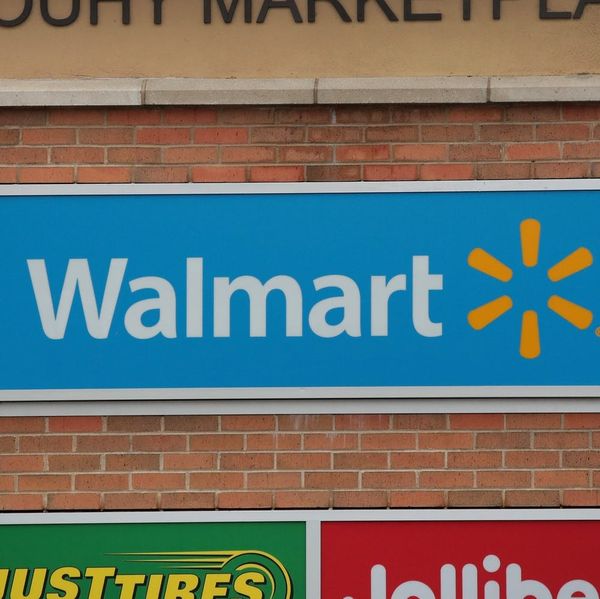 Twitter was abuzz yesterday with a photo snapped inside an Evansville, Indiana Walmart. It depicted a gun display with a back-to-school promotional sign that read, “Own the School Year Like a Hero.”

In light of the increasingly deadly school shootings that have taken place over the last few years, you’d assume that the nation’s biggest seller of guns and ammo would remain vigilant about such a display. A company spokesperson is now apologizing for the snap, and the company is working on figuring out exactly who set it up.

I know it's Walmart and all.. but HOW could ANYONE think this sign was a good idea?? pic.twitter.com/RHGgNFi9CW

In a statement reported by The Washington Post, Walmart spokesperson Charles Crowson said that it wasn’t clear whether the display had been set up by a company employee or a shopper. He also said that the reported store location of Evansville, Indiana, was incorrect.

“What’s seen in this photograph would never be acceptable in our stores,” said Crowson. We regret this situation and are looking into how it could have happened.”

Leeanna May, the Twitter user who posted the original photograph of the gun display, told the Post that she tried and failed to find a store manager while shopping, and that she is dismayed that no one would have considered the connection between back-to-school displays and school shootings.

Throughout the day yesterday, Walmart’s social media team responded quickly to dozens of comments about the lack of foresight in promoting guns using the company’s back-to-school superhero campaign. One tweet from the company assured disgruntled tweeters that a store manager, “Christina,” had been located and the display was removed (which goes against Crowson’s statement that it could not have been a store in Indiana).

While there have been no further comments on the display from the company, many people, like May, were disappointed in the lack of understanding of how gun violence affects students. Since 2013, there have been over 200 school shootings in the US, an average of one per week, including summer months.

What do you think of this Walmart display mishap? Tell us @BritandCo!