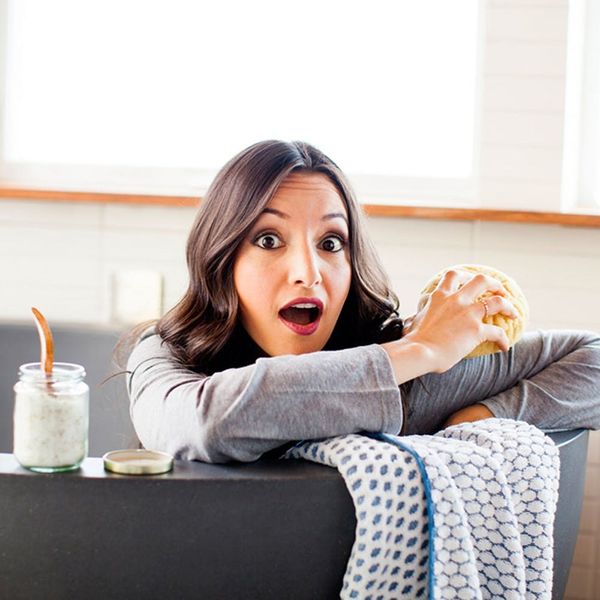 Water conservation. It’s a big deal, y’all. Especially for those living through California’s drought. Something we do every day that involves this particular environmental issue is showering, and the quicker you complete the task, the better. But some people don’t realize the impact of their time under the water. For those water wasters, there’s a creative new idea to get them out of the shower and turning off that water within four minutes.

That water conservation solution is Spiky, and it’s an inflatable shower curtain that will have you turning off the water instead of running it for 10+ minutes. Environmentalists, rejoice! So how does this thing work? London-based installation artist + Spiky creator Elisabeth Buecher told Bustle that the shower curtain has a sensor “and after four minutes of running water, the sensor triggers the inflation of the spikes via an air inflator.” Yep, you’ve only got four minutes to wash your body and hair before the inflatable spikes literally push you out of the shower, forcing you to turn the water off. Seriously, we wouldn’t want to risk getting poked by those pointy things. Everyone, this lady is a genius.

While we wish we could get our hands on one of these brilliant eco-friendly shower curtains for our own bathroom + a dozen for our water-wasting friends immediately, sadly Spiky is only an art installation at the moment. Since Elisabeth’s mission behind the shower curtain is to provoke “a debate around water issues and making people more aware of their consumption,” we’re really hoping someone will turn that purpose into a mass-produced water conservation movement sooner than later.

Would you buy one of these eco-conscious shower curtains for your bathroom? Let us know in the comments.