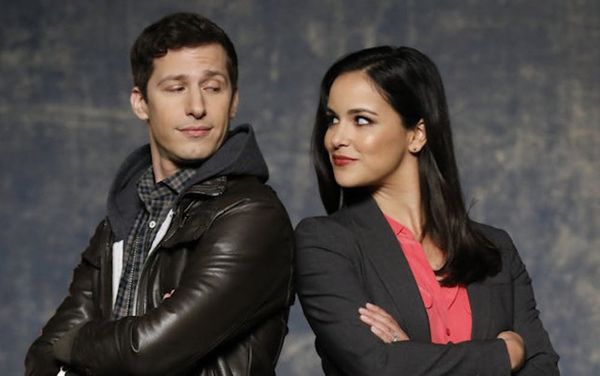 Welcome to Brit + Co’s Weekly Entertainment Planner! Each Monday, we highlight one thing we’re excited about in six categories — movies, TV, music, streaming services, podcasts, and a bonus pick from all of the above — to help you navigate your week in watching and listening. Check out our picks for the week of January 7 to 13 below. Your eyes and your ears will thank us!

The Upside (January 11): As Kevin Hart remains wrapped up in the Oscars-hosting controversy, he also stars alongside Bryan Cranston as a recently paroled ex-convict who ends up a caretaker — and the unlikely friend — of a paralyzed billionaire (Cranston). The heartwarming film was inspired by a true story. Check it out when it opens in theaters on Friday, January 11. (Photo via David Lee/STXFilms)

The Bachelor, Season 23 (January 7): Are you ready for Colton Underwood’s season of The Bachelor? The former NFL player, who appeared on The Bachelorette season 13 and Bachelor in Paradise season 5, has promised to be his truest self in his turn as leading man. He also appears to try to escape the show by jumping over a fence. What we’re saying is: We can’t wait. Watch the premiere on Monday, January 7, on ABC. (Photo via ABC/Craig Sjodin)

Friends from College, Season 2 (January 11): Season 2 picks up one year after Ethan (Keegan-Michael Key) and Sam (Annie Parisse) were caught having an affair. With Max’s wedding approaching, they’ll have to figure out how to repair their fractured friend group — or at least work around the new realities. Check it out when it arrives on Netflix on Friday, January 11. (Photo via Barbara Nitke/Netflix)

Ted Talks Daily: If one of your new year’s resolutions was to expand your horizons, the bite-sized daily Ted Talks podcast is the perfect addition to your listening list. Whether you’re interested in goal-setting, language-learning tips, expert info on the current opioid epidemic, or how to mend a broken heart, you’ll always be smarter for having listened. Find it online, or wherever you get your podcasts.

Backstreet Boys, “No Place”: The Backstreet Boys are set to release their new album DNA later this month, and the singles they’ve been rolling out have us hopeful that it could be a good one. Their latest single, an ode to a happy home life, blends the grown-up pop of their other recent single with the country sounds of their hit collaboration with Florida Georgia Line — and it kind of/really works. Listen to “No Place” here. (Photo via Michael Loccisano/Getty Images)

Brooklyn Nine-Nine, Season 6 (January 10): We don’t really know what’s in store for the Nine-Nine crew in season 6, but if its early promos paying homage to Die Hard and Law & Order are any indication, it’ll be as fun as ever. Sadly, season 6 will feature less of Chelsea Peretti’s beloved Gina Linetti — so make sure to watch her while you still can. (Photo via Trae Patton/NBC)