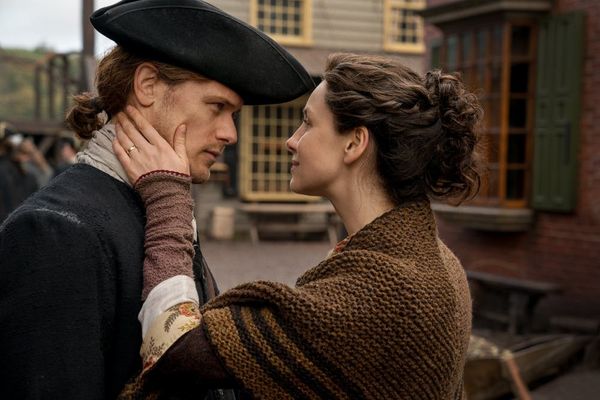 Welcome to Brit + Co’s Weekly Entertainment Planner! Each Monday, we highlight one thing we’re excited about in six categories — movies, TV, music, streaming services, podcasts, and a bonus pick from all of the above — to help you navigate your week in watching and listening. Check out our picks for the week of October 29 to November 4 below. Your eyes and your ears will thank us!

The Nutcracker and the Four Realms (November 2): Disney’s latest live-action feature stars Keira Knightley and Mackenzie Foy, and we’re thinking of it as an unofficial holiday kickoff. The fantasy adventure drama looks perfectly whimsical, and is based on both E. T. A. Hoffmann’s The Nutcracker and the Mouse King and Pyotr Ilyich Tchaikovsky’s famed ballet The Nutcracker. Check it out in theaters starting Friday, November 2. (Photo via Walt Disney Studios)

Outlander (November 4): The beloved historical time-travel drama returns for a fourth season on Sunday, with promises of new beginnings, escalating Revolutionary War tensions, and plenty of surprises along the way — including the possible return of a familiar face. Season 4 premieres on Sunday, November 4, on Starz. (Photo via Starz)

House of Cards (November 2): The sixth and final season of the first of Netflix’s original series will see Robin Wright take over the lead role from Kevin Spacey following his firing from the show one year ago. Wright will get her turn as the President of the United States, and the show has already hinted at how it will deal with Spacey’s departure. Season 6 arrives on Netflix on Friday, November 2. (Photo via David Giesbrecht/Netflix)

Classroom Crush: Host Rebecca Bulnes has made a podcast all about childhood crushes and the nostalgia (or mortifying memories) they carry with them. Each week, she and a guest reminisce about one of their most memorable crushes, trying to figure out what it meant and where it all fell apart. Listen online, or subscribe wherever you get your podcasts.

Imogen Heap, The Music of Harry Potter and the Cursed Child (November 2): The stage play — which takes place 19 years after Harry Potter and The Deathly Hallows — is releasing its award-winning musical accompaniment for your at-home enjoyment. Heap has described it as four suites containing music from each of the four acts of the play, that will bring “memories for those who’ve seen the play [and] musical accompaniment to those with the script of the play,” or enjoyment as a standalone record. The album will be available on Friday, November 2. (Photo via Ben A. Pruchnie/Getty Images)

A Very Wicked Halloween: Celebrating 15 Years on Broadway (October 29): A Halloween-themed special will feature original stars Kristin Chenoweth and Idina Menzel as well as Ariana Grande, Pentatonix, Adam Lambert, and the beloved show’s current Broadway cast, singing the songs you know and love from the fantastical musical. Check it out on Monday, October 29, at 10pm ET/PT on NBC. (Photo via Eric Liebowitz/NBC)