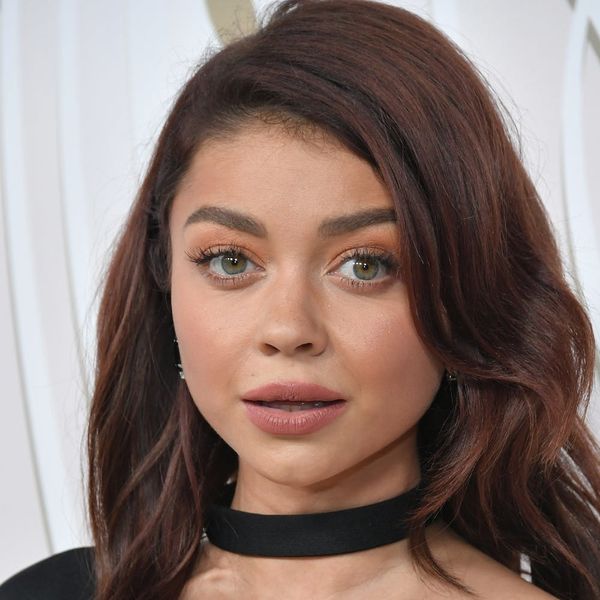 Wells Adams may not have gotten his chance in the spotlight as America’s next Bachelor, with Ari Luyendyk Jr. taking home that honor instead, but he just may have found love off-screen anyway!

Back in September, the Bachelor in Paradise alum broke the news to fans that he and Danielle Maltby were just friends. Now, the reality star has tongues wagging that he just might be an item with Modern Family actress Sarah Hyland.

The duo spent Halloween together, dressing in a borderline couples’ costume as Stranger Things’ Eleven and Dustin. “#strangerthingshavehappened,” the 26-year-old coyly wrote.

Adams, 33, did little to quell the rumors with his caption for a group shot of the pair alongside two pals dressed as the Demogorgons, on which he wrote, “11 hangin’ out with a 10.”

11 hangin' out with a 10 #strangerthings

As US Weekly reported, the 33-year-old recently revealed that he was “talking to a lady” who lived in LA on his joint podcast with Brandi Cyrus, Your Favorite Things. He also made reference to the fact that he’d been visiting the city rather frequently.

Hyland, for her part, reportedly split from her ex-boyfriend of two years, Dominic Sherwood, this summer. She seemed to confirm her single status as early as several weeks ago, tweeting that “The problem with being single isn’t the fact that you’re alone. It’s that you can’t puppy dog eye a guy into getting you Starbucks in bed.”

The problem with being single isn't the fact that you're alone. It's that you can't puppy dog eye a guy in to getting you Starbucks in bed.🙄

The RL Hayley Dunphy also offered up her opinions on online dating, saying, “to each their own, but dating apps aren’t for me. I like the natural progression of a person slowly learning I’m crazy.”

Yuck gross. To each their own but dating apps aren't for me. I like the natural progression of a person slowly learning im crazy https://t.co/d95PkdXqlK

Perhaps she’s since found the guy to do just that?

We don’t know, but we can’t WAIT to find out!

Do you think these two are an item? Share with us @BritandCo.