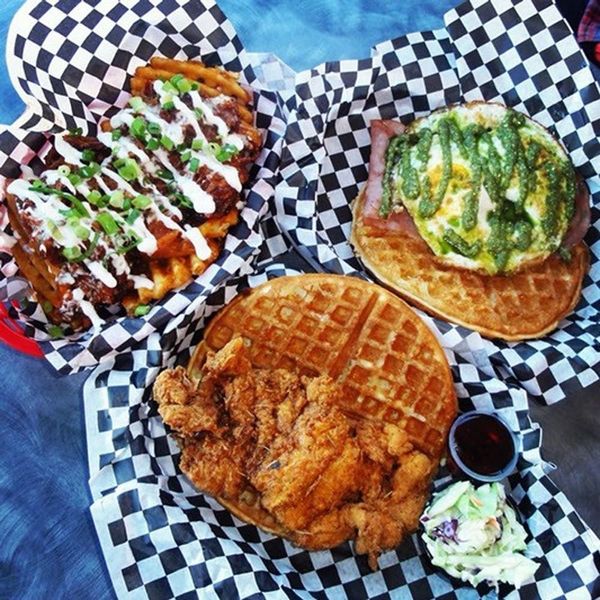 The surge in online searches for Super Bowl appetizers, Beyoncé’s halftime show and excuses to miss work on Monday can only mean one thing: The Super Bowl is right around the corner. This year’s historic showdown is heading west to Levi’s Stadium in Santa Clara, California. Sure, Super Bowl parties make for the ultimate Sunday Funday. And this year there won’t be any place better than Santa Clara to celebrate the big game. But this Super Bowl host city has so much more than football. Whether you’re in the Bay Area or you make a post-season trip to California, here are 11 things to do in Santa Clara that’ll make anyone’s weekend a touchdown.

Move over Griffith, there’s a new observatory in town. Lick Observatory is actually more than 100 years old, but doesn’t get near the amount of hype it deserves. Pack a picnic and enjoy a sweeping 4,000-foot-high view of Santa Clara Valley. (Photo via Laurie Hatch/Lick Observatory)

Drive 30 minutes north of Santa Clara, then ditch your wheels for some horses’ hooves. You’ll be channeling your inner Annie Oakley after a day of horseback riding through one of three trails. (Photo via Chapparal Bay Area Horseback Riding)

Trade in one game of football for another… of the European persuasion, that is. This Major League Soccer (MLS) club kicks off its season with preseason matches in February. (Photo via @sjearthquakes)

Whoever said theme parks are for kids only was sorely mistaken. When rides have names like “The Grizzly” and “Tiki Twirl” — and they aren’t referring to our Saturday-night alter egos — we’re in. (Photo via Great America)

Put your learning cap on, because you’re about to get schooled. You’ll get an inside look at the technology that’s connected to our home, work and play while you’re exploring 10,000 square feet of interactive fun. (Photo via Corofloat)

Looking for more inspiration than halftime commercials can deliver? The Triton highlights artists of the Greater Bay Area, as well as visiting regional and national artists. (Photo via @tritonmuseum)

It doesn’t matter what city you’re in; you’re going to need your AM caffeine boost. Swing by local-favorite Bellano Coffee for a specialty latte with homemade almond milk and a delicious fresh-baked pastry. (Photo via @bellanocoffee)

Pretend you’re in college all over again with a stroll through the campus of Santa Clara University. Beautiful views, gardens and local dining options will you have seriously considering a second degree. (Photo via Forbes)

Trips are all about trying new things, right? So fermented honey and water should sound delicious, no? Well at Rabbit’s Foot, it is. Their award-winning meads, braggots and ciders are aged to perfection and always come with a story. (Photo via Rabbit’s Foot Meadery)
Kelsey Nelson
Kelsey Nelson is a born-and-raised Ohioan living life in South Carolina. She thrives at binge watching Netflix, contemplating what to order at the bar and running any trail or road she can get her feet on. In addition to being a Brit + Co contributor, she writes about southern pleasantries, DIY mishaps and more at North Living South. If she isn’t writing or running, she’s off adventuring with her husband Brad and their Lab/Dachshund mix, Gordy.
road trip
Home News
road trip Super Bowl
More From Home News