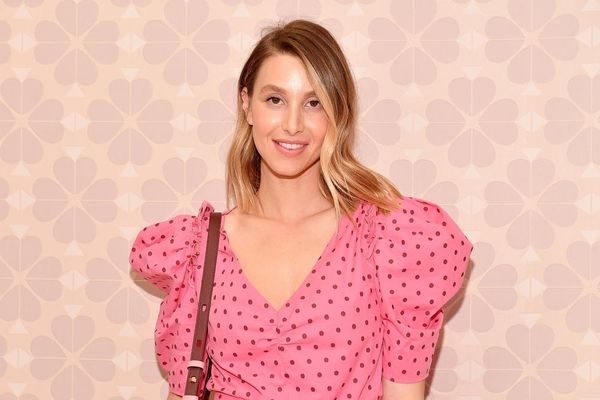 Whitney Port recently confirmed that she would be appearing in MTV’s upcoming reboot of The Hills: New Beginnings, and now the fashion designer is sharing more about what we can expect from her new adventures with the old crew — including what has her a little bit nervous.

“I feel, obviously, a little bit nervous just because I think that we’re all parents with kids, and so we have a little bit more to protect and a little more to lose,” Port, who welcomed her son Sonny in July 2017, recently told Cosmopolitan. “We are not 25-year-old single people anymore that can just have fun and not necessarily have consequences for our actions.”

MTV announced the revival of its hit reality show during the 2018 VMAs. While the full cast hasn’t yet been confirmed, original cast members Spencer Pratt and Heidi Montag (along with their son Gunner), Audrina Patridge, Jason Wahler, Frankie Delgado, and Justin “Justin Bobby” Brescia were on hand for the announcement. Brody Jenner is also reportedly in negotiations to join.

Two major players in The Hills-verse will be sitting out New Beginnings, though: Neither leading lady Lauren Conrad nor Kristin Cavallari, who appeared with Conrad on Laguna Beach and took over as the star of The Hills for its last season, will appear on the show.

“I really wanted both [Lauren] and Kristin to come back because the show was pretty much based on the two of them,” Port said. “I feel like it would have been so great to have everybody involved. But people go in different directions, and we’re older now, so I understand not wanting to be on TV anymore. I was definitely disappointed.”

As for whether the reality show will veer into the dramatic territory of seasons past, Port told Cosmo that there’s enough going on in the cast members’ lives that there won’t be a need to script any “fake stuff.”

No release date has been set for The Hills: New Beginnings, but it is expected to air on MTV in 2019.

Are you looking forward to The Hills reboot? Let us know @BritandCo!