Everything You Need to Know About This Bizarre #WhoBitBeyoncé Mystery 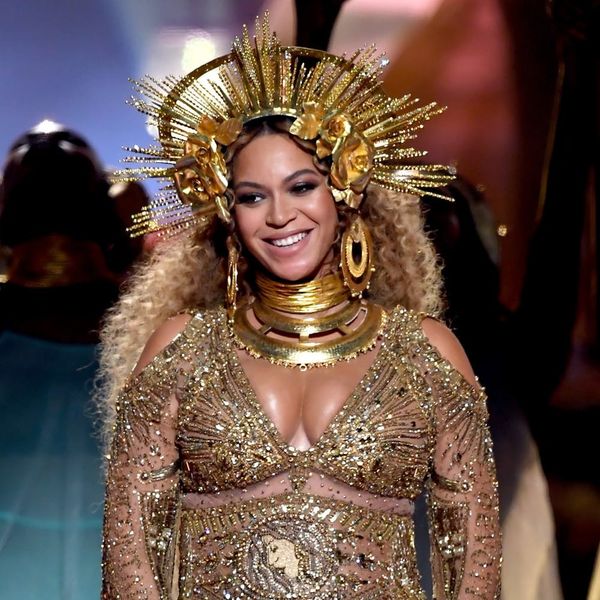 Comedian Tiffany Haddish had a breakout year in 2017 thanks to her hilarious (and, many feel, Oscar-snubbed) role in Girls Trip. The actress recently opened up about her newfound fame in a GQ interview, including recalling the time she was at a party and saw an unnamed actress allegedly bite Beyoncé on the face.

Haddish’s hilarious anecdote immediately sent the internet into a tailspin. How on Earth could anyone dare do that to Queen Bey?! What exactly went down? And who, for the love of all that is good and right in the world, was this actress? Below, check out all of the important details to date about the #WhoBitBeyoncé mystery.

Haddish told GQ that she met Beyoncé at a party in LA last December — a moment that she seemingly documented on Instagram. Other celebs were in attendance, including, of course, JAY-Z, as well as an unnamed actress who the comedian described as “doing the mostest.” At one point, Haddish said she saw Beyoncé get visibly upset, and when she asked what had happened, the singer’s friend said that the woman who had been “doing the mostest” had bitten Beyoncé. We repeat: SOMEONE. HAD BITTEN. BEYONCÉ. On the face, no less.

WHY WOULD SOMEONE DO THAT?

After a few uncomfortable encounters of her own with the mystery biter, Haddish was frustrated, but Beyoncé defused the situation, explaining that the actress was under the influence and acting in a way she didn’t usually. Haddish left the situation alone.

Internet sleuths immediately began trying to piece this puzzle together. They deduced that it had likely taken place at the afterparty for Jay’s Inglewood Forum concert at the time, and that other guests would have included Rihanna, Queen Latifah, Sara Foster from the CW’s 90210, celebrity jewelry designer Jen Meyer, and actress Sanaa Lathan, among others. (Note: We are not saying one of these people is the biter, just that they were likely in attendance at the party.)

Foster and Lathan have both clarified, good-naturedly, that they were not the ones to bite Queen Bey on the face, and Haddish has also said it was not Taraji P. Henson, as some Twitter users speculated. No one seems to think that it could have been Rihanna or Queen Latifah, either.

The story intrigued other celebrities too, though. Chrissy Teigen seemed sure she knew who the mystery actress was, even saying this person was “the worst.” Her initial guess was wrong, though, and she’s keeping the secret of the true culprit close. (She didn’t say how she found out the truth.) On Tuesday, Teigen appeared on the Today show and admitted, “It’s not who I thought, I will say.” She also said that she “[loves] everybody involved.”

One person it’s definitely not? Teigen herself. “You know how much sh*t I have said and done to famous people??” she tweeted. “I had to verify with [husband John Legend] it wasn’t *me.*”

What’s your theory on #WhoBitBeyoncé? Let us know @BritandCo.