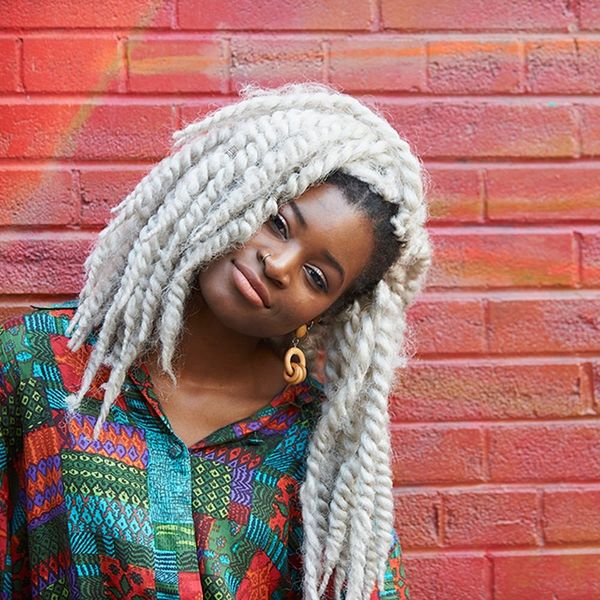 Millennials are changing the way the world works — we’re starting multiple side hustles, aggressively pursuing the gig economy, and choosing travel and a flexible work schedule over buying property, getting married, and starting a family. Unfortunately, being a millennial also comes with significant financial burdens. To illustrate why this generation is facing the biggest financial crisis of any since the Great Depression, HuffPost Highline recently released an in-depth report that details how millennials might be the first generation in American history to end up poorer than their parents. Looking at all the pillars of financial well-being, including housing, income, debt, retirement, and health care, here’s the lowdown on what this frightening new report had to say about the millennial financial crisis.

If you’ve read anything on the internet about millennials in the past five years, it’s probably that they’re living with their parents longer than almost every other previous generation. Citing the US Census, the report’s author Michael Hobbes notes that millennials are half as likely to own a home as young adults were in 1975. This is partly, if not exclusively, due to the fact in the 40 years leading up to the recession, rent increased at more than twice the rate of income. So instead of being able to invest in property, the majority of millennials are renting one-bedroom apartments, living with a handful of roommates, or staying with Mom and Dad longer simply because of the financial burden of buying a home.

“Falling homeownership rates, on their own, aren’t necessarily a catastrophe,” writes Hobbes. “But our country has contrived an entire Game of Life sequence that hinges on being able to buy a home. You rent for a while to save up for a down payment, then you buy a starter home with your partner, then you move into a larger place and raise a family. Once you pay off the mortgage, your house is either an asset to sell or a cheap place to live in retirement.” While this model worked well for our parents’ generation, it isn’t a sustainable model based on millennials earnings.

“The crisis of our generation cannot be separated from the crisis of affordable housing,” Hobbes says. Ever since the 1970s, fewer new buildings are being built in the United States. “Cities kept adding jobs and people. But they didn’t add more housing. And that’s when prices started to climb,” says Hobbes. “The entire system is structured to produce expensive housing when we desperately need the opposite.”

Because of the hike in home prices close to urban hubs, millennials who do want to invest in affordable housing are forced to find a place further and further from city centers, where high-paying jobs are more plentiful. “For most of the twentieth century, the way many workers improved their financial fortunes was to move closer to opportunities. Rents were higher in the boomtowns, but so were wages.” Since the Great Depression, high-salary jobs have become more and more concentrated in cities — in fact, America’s 100 largest metropolises have added six million jobs since then, while rural areas still have fewer jobs than they did in 2007. “For young people trying to find work, moving to a major city is not an indulgence. It is a virtual necessity. But the soaring rents in big cities are now canceling out the higher wages,” says Hobbes. Citing a Harvard study, Hobbes notes that in 1970, an unskilled worker who moved from a low-income state to a high-income state kept 79 percent of his increased wages after he paid for housing. In 2010, that same worker would keep just 36 percent. “This leaves young people, especially those without a college degree, with an impossible choice. They can move to a city where there are good jobs but insane rents. Or they can move somewhere with low rents but few jobs that pay above the minimum wage.”

Income, Debt, and the Depressed Millennial

Why can’t millennials afford to buy a starter home? Prior to getting their proverbial dream job, most millennials choose to get a college education — a feat that’s extremely expensive these days. According to the National Center for Education Statistics, while just 306 hours of minimum wage work were needed to pay for four years of public college for Baby Boomers, millennials need 4,459 hours of minimum wage work for the same degree. This means that millennials are taking out more college loans than the previous generation. Citing The College Board, Hobbes notes that millennials have taken on at least 300 percent more debt than their parents.

Okay, but what about after we get our diploma? “A lot of workers were just 18 at the wrong time,” says William Spriggs, an economics professor at Howard University and an assistant secretary for policy at the Department of Labor during the Obama administration. According to a recent study by University of Illinois economics expert Eliza Forsythe, “Younger workers are less likely to be hired during recessions and, when they are hired, they tend to find lower-quality jobs and earn lower wages.” In 2007, more than 50 percent of college graduates had a job offer lined up. For the class of 2009, fewer than 20 percent did. It’s an even more dismal situation for those who didn’t go to college. “Since 2010, the economy has added 11.6 million jobs — and 11.5 million of them have gone to workers with at least some college education,” Hobbes writes.

Combine this with the rise of contracting, self-employment, and new expensive barriers to skilled occupations like plumbing and hairdressers, and you get a pretty depressing picture. “[It] adds up to an economy that has deliberately shifted the risk of economic recession and industry disruption away from companies and onto individuals. For our parents, a job was a guarantee of a secure adulthood. For us, it is a gamble. And if we suffer a setback along the way, there’s so little to keep us from sliding into disaster.”

Health care is a bit of a double-edged sword for today’s millennials. Younger millennials with affluent parents are seemingly at an advantage, as they can now stay on their parents’ health care plans as dependents until the age of 26. However, older millennials aren’t so lucky. “The cohort right afterward, 26- to 34-year-olds, has the highest uninsured rate in the country, and millennials — alarmingly — have more collective medical debt than the boomers,” says Hobbes. “Even Obamacare, one of the few expansions of the safety net since man walked on the moon, still leaves us out in the open. Millennials who can afford to buy plans on the exchanges face premiums (next year mine will be $388 a month), deductibles ($850) and out-of-pocket limits ($5,000) that, for many young people, are too high to absorb without help.”

Based on all the information above, you can probably guess that it doesn’t look like millennials will be retiring any time soon — in fact, based on current trends, many of us won’t be able to retire until we’re 75. “Despite all the stories you read about flighty millennials refusing to plan for retirement (as if our grandparents were obsessing over the details of their pension plans when they were 25), the biggest problem we face is not financial illiteracy. It is compound interest,” says Hobbes. Even if you’ve already started investing in a 401(k), the returns on 401(k) plans are expected to fall by half in the coming decades. “According to an analysis by the Employee Benefit Research Institute, a drop in stock market returns of just two percentage points means a 25-year-old would have to contribute more than double the amount to her retirement savings that a boomer did. Oh, and she’ll have to do it on lower wages. This scenario gets even more dire when you consider what’s going to happen to Social Security by the time we make it to 65. There, too, it seems inevitable that we’re going to get screwed by demography: In 1950, there were 17 American workers to support each retiree. When millennials retire, there will be just two.”

Where do we go from here?

When we break down the financial hurdles facing modern millennials, the current situation seems too negative to even begin to find a solution. But there is good news brewing, thanks to local activism. Many states are beginning to raise the minimum wage, more states are instituting guaranteed sick leave, and scheduling reform is on the rise. Furthermore, class-action lawsuits are reprimanding companies that misclassify their workers as contractors, and cities like Portland and Denver are tackling the housing crisis by speeding up approvals and streamlining new building permits.

So where do we go from here? According to Hobbes, the answer lies in participating in the democratic process and fighting for voting rights. “The fact is, it’s simply harder for us to vote. Consider that nearly half of millennials are minorities and that voter suppression efforts are laser-focused on blacks and Latinos. Or that the states with the simplest registration procedures have youth turnout rates significantly higher than the national average. (In Oregon it’s automatic, in Idaho you can do it the same day you vote, and in North Dakota you don’t have to register at all.) Adopting voting rights as a cause — forcing politicians to listen to us like they do to the boomers — is the only way we’re ever going to get a shot at creating our own New Deal.”

What do you think about the millennial financial crisis? Tweet us by mentioning @BritandCo.

Ashley Macey
Ashley Macey is a lifestyle freelance writer who loves all things fitness, wellness, and creativity. When she's not exploring her home in the Pacific Northwest with her dog Max, you'll probably find her curled up with a good book and some hot tea. Follow her daily jaunts on Twitter.
work
Adulting
work