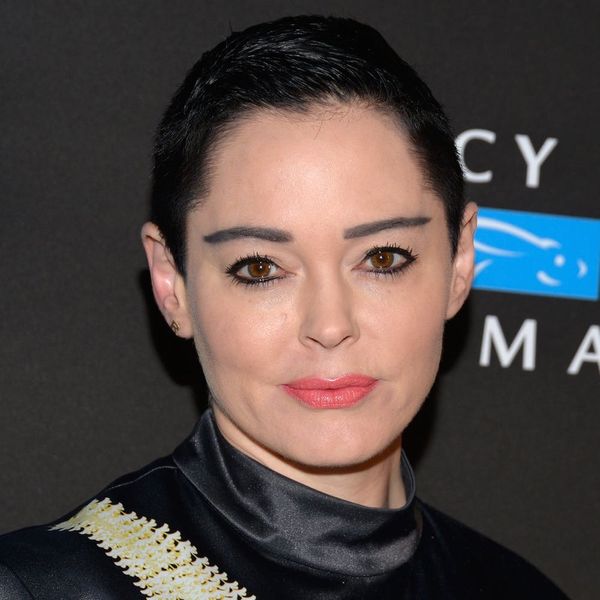 Late Wednesday, Rose McGowan received a message that her Twitter account had been temporarily suspended for violating the platform’s rules. The actor, who was named in the New York Times‘ original story about sexual harassment allegations against Harvey Weinstein, has emerged as a leading voice against the producer and the culture around him, and her suspension triggered confusion and anger among her supporters.

“TWITTER HAS SUSPENDED ME,” McGowan wrote on Instagram after the suspension. “THERE ARE POWERFUL FORCES AT WORK. BE MY VOICE. #ROSEARMY#whywomendontreport.”

TWITTER HAS SUSPENDED ME. THERE ARE POWERFUL FORCES AT WORK. BE MY VOICE. #ROSEARMY #whywomendontreport

Many celebrities were quick to jump to McGowan’s call for backup. Jessica Chastain asked the platform to clarify exactly which of its rules McGowan was breaking, while Paul Feig, Jamie Lee Curtis, Emma Kennedy, and more pointed out the seeming disparity in suspending an account working in support of sexual assault victims while incendiary remarks from other well-known figures remain unchallenged.

Hey @Twitter let us know which of these rules @rosemcgowan broke. Asking for multiple victims of sexual violence. https://t.co/eiZjQeMAVg

Wow, @Twitter, seriously? THIS is the account you suspend but not Trump who threatened to wipe out another country? Suspend me too, please. https://t.co/ZHhvIkfEcN

And now THIS? You allow Twitter freedom to our president but you silence a woman speaking out about sexual harassment? @rosemcgowan

Late Thursday morning, the official Twitter Safety account clarified what led to the suspension: They said one of McGowan’s tweets included a private phone number, which is prohibited in the site’s terms of service. “The Tweet was removed and her account has been unlocked,” the Twitter Safety account stated. “We will be clearer about these policies and decisions in the future.”

Twitter frequently faces criticism for overlooking issues of abuse, racism, bots, and trolls while implementing less-urgent features such as in-line GIFs, or doubling the character limit (which people CERTAINLY had feelings about).

Twitter CEO Jack Dorsey chimed in regarding McGowan’s suspension, saying that the platform needed to be “a lot more transparent in our actions in order to build trust.”

“Twitter is proud to empower and support the voices on our platform, especially those that speak truth to power,” the Twitter Safety account added in a follow-up tweet. “We stand with the brave women and men who use Twitter to share their stories, and will work hard every day to improve our processes to protect those voices.”