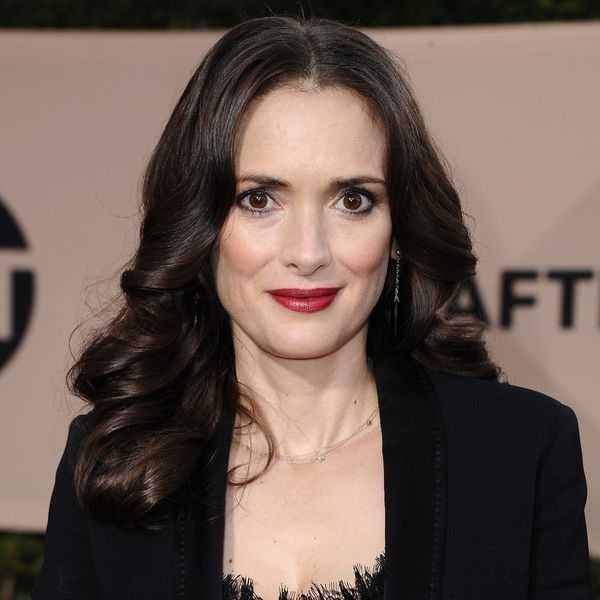 We still don’t have a release date for Stranger Things season three, but we do have a bunch of fun new details from the cast to hold us over, including Winona Ryder’s confession that she once had a childhood crush on costar Sean Astin.

Astin appeared in the show’s second season as Bob, an old friend who sweeps Ryder’s character, Joyce, off her feet — something the actress once hoped would happen IRL.

According to Us Weekly, Ryder revealed her crush during a chat with moderator Wil Wheaton during the Stranger Things PaleyFest panel in Hollywood on March 25. “There were two people I had a big crush on and they’re both here,” she said, pointing to both Astin and Wheaton. “I wasn’t like a crush kind of girl, and it was Wil and Sean.”

Astin, for his part, returned her affection, telling the crowd that his favorite Stranger Things scene to film was a romantic one between his character and Ryder’s. “I got to kiss Winona Ryder!” he quipped enthusiastically.

Astin and Ryder first found fame as young actors back in the ’80s, when Ryder appeared in 1988’s Heathers and Astin starred in 1985’s The Goonies. As Astin said, they kind of “grew up alongside each other.” And their bond today is stronger than ever. “Winona kind of reminds me of my mom a little bit,” he said, “in the sense of a powerful actress and I always want to hug her and take care of her, and so I feel like there is a Bob inside of me for Winona.”

Have you ever reconnected with a former crush? Let us know @BritandCo!

Desiree O
Desirée O is a ‘Professional Bohemian’ who loves anything and everything related to the arts, entertainment, and pop culture. She ADORES being a ‘Newsy’ for Brit + Co, covering all of the latest tidbits of awesomeness that you want to read about. When she’s not writing, she’s either making messy art, going on long adventurous walks with her camera, or poking around over at bohemianizm (http://www.bohemianizm.com/). You can find out about Desirée O and her work at http://DesireeO.com/ or follow her on Twitter @DesireeO.
Netflix
Celebrity News
Netflix Nostalgia
More From Celebrity News