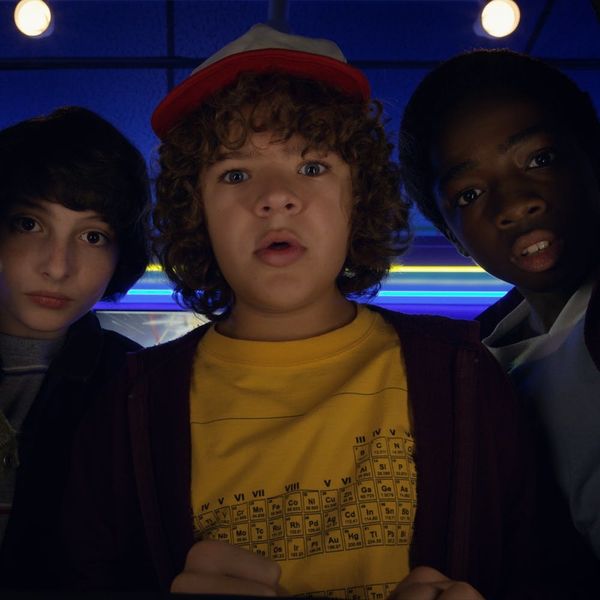 Over the past few months, Stranger Things producers have been teasing some of the new characters and story lines we can expect to see in the upcoming third season. Now, with the show heading back into production this month, executive producer Shawn Levy has shared a little more about the romances, timeline, and influences that will be featured in the beloved Netflix show’s new episodes.

“Mike and Eleven are going strong, so that’s a relationship that continues, and same with Mad Max and Lucas,” Levy told The Hollywood Reporter at PaleyFest in LA. “But again, they’re like 13- or 14-year-old kids, so what does romance mean at that stage of life? It can never be simple and stable relationships, and there’s fun to that instability.”

As previously announced, the fan-favorite friendship that developed between Dustin (Gaten Matarazzo) and Steve (Joe Keery) in season 2 also will be explored further in season 3, and Levy confirms that, yes, there will be a bit of a father-figure thing going on.

“I’ll just say we won’t be abandoning the Dad Steve magic,” he said vaguely. “I don’t want to say much more, but I literally feel that we were walking along and we stumbled onto a gold mine with Dad Steve.” (Note: We’re 100 percent here for #DadSteve.)

Levy also noted that Stranger Things season 3 will take place one year after the second season, in the summer of 1985 — a perfect time for the Back to the Future reference that will apparently rear its head in the nostalgic series.

Strangers Things season 3 starts filming this month. So far, there is no set release date.

What do you think of these Stranger Things season 3 hints? Let us know @BritandCo.