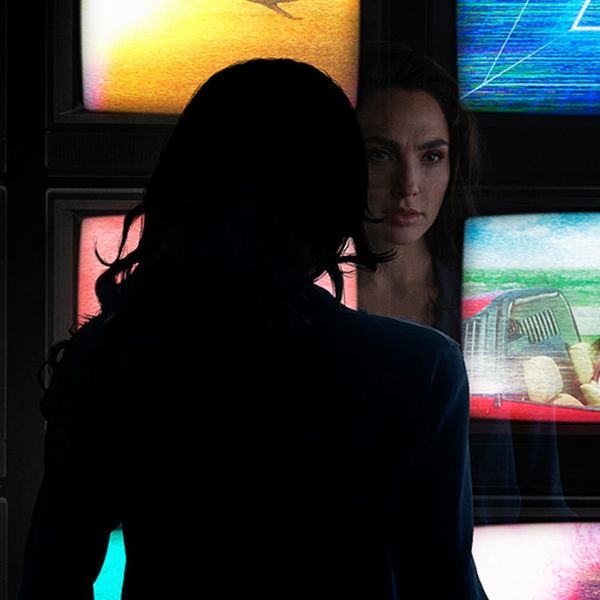 “Welcome to WONDER WOMAN 1984, Steve Trevor!” Jenkins tweeted with a still of another of the film’s stars, Chris Pine, in full ’80s garb in what appears to be a shopping mall. The photo of Pine’s appearance came as a shock to fans, who might remember that his character was believed to have died in the original film.

Gadot also tweeted a still from the sequel. Her photo shows Wonder Woman as her secret identity, Diana Prince, looking at a wall of TVs featuring recognizable ’80s titles such as Dallas and National Lampoon’s Vacation.

Both Jenkins and Gadot used the hashtag #WW84, confirming that the title of the sequel will be Wonder Woman 1984 and that, as previously believed, it will jump ahead from the World War I setting of the 2017 film to be set during the final years of the Cold War in the ’80s.

It was recently revealed that Gadot will be facing off against a new villain in the sequel, with Kristen Wiig set to take on the role of Cheetah. We don’t know many other details about the plot yet, but it’s likely we’ll get more hints leading up to the film’s November 1, 2019 release.

What do you think of the first images from Wonder Woman 1984? Let us know @BritandCo!