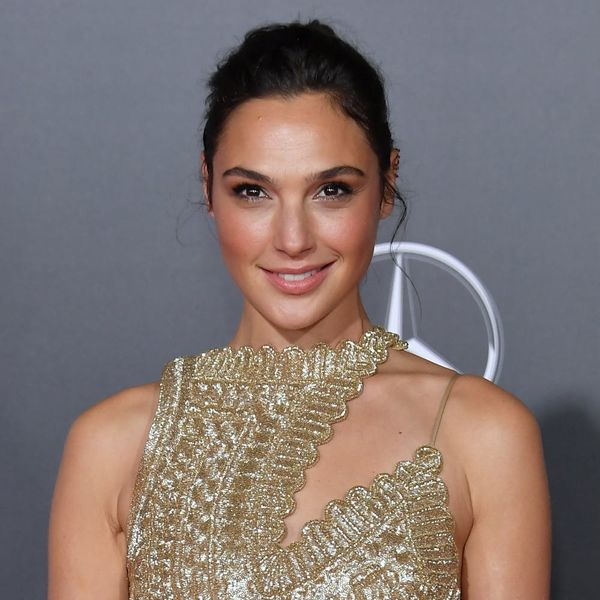 Gal Gadot doesn’t just play Wonder Woman on screen — by this point, fans are pretty much convinced that she’s a superhero IRL. Over the weekend, there were rumors that the star may refuse to do a sequel to her blockbuster hit unless executive producer Brett Ratner (who has been accused of sexual harassment and misconduct) is removed from the films, and now the actress has shown how truly fierce she is by sending a warning to “misogynist sexists.”

Gadot and her Justice League costar Ezra Miller — can we just appreciate his shiny blue eyebrow and glittery jacket for a moment?! — recently sat down for an IGN interview, during which the celebs were tasked with asking each other questions. While they started with some pretty normal inquiries, such as which member of the cast was Miller’s favorite to work with (he chose the woman sitting next to him, natch) and who Gadot’s childhood hero was (Maya Angelou), the actor then decided to take things a little deeper.

Mentioning the recent “turning of the tides” in Hollywood — no doubt a reference to the many people currently facing harassment and assault allegations — Miller asked his friend if she would say something for him: “Hetero patriarchy, your wrath upon this world is over.”

The 32-year-old decided to put her own spin on the line, staring at the camera and saying in no uncertain terms, “Misogynist sexists, your wrath upon this world is over.” Chills!

Miller declared the moment the greatest of his life, and we have to agree that it was pretty fabulous. Let’s hope those words turn out to be true.

Will you see Justice League in theaters? Let us know @BritandCo!