WTF Is “Breadcrumbing” and Are You Guilty of It? 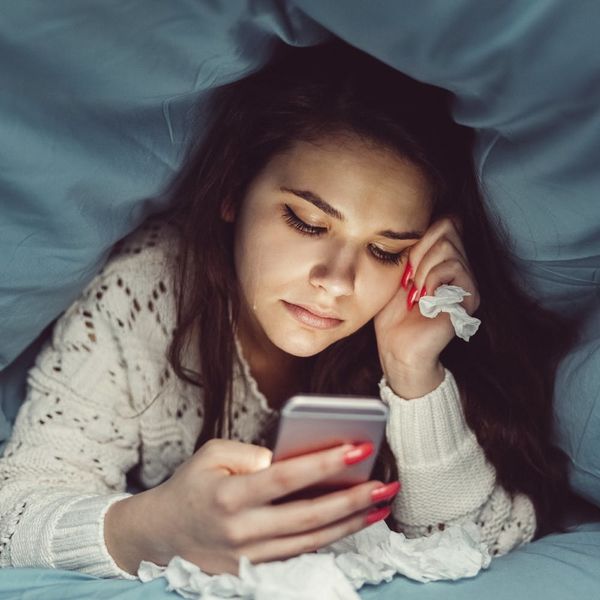 Online dating can be great (particularly as we age and become more open-minded, but it can also seriously suck sometimes. Just as we (finally!) started understanding the psychology behind ghosting and did our best to erase benching from our memories, along came breadcrumbing, the latest mean-spirited trend in the world of e-dating.

So WTF is breadcrumbing, anyway? Well, according to Urban Dictionary (the ultimate go-to source for 21st century matters of the heart), it’s “the act of sending out flirtatious, but non-committal text messages (i.e. ‘breadcrumbs’) to members of the opposite sex in order to lure a sexual partner without expending much effort.” DMs, Instagram likes and emoji also count as breadcrumbs.

So why would anyone ever the devote time and effort to a cause this cruel (even if unwittingly)? According to the New York Times, the three most common reasons include being broken up with someone and not wanting to let them move on, “keeping a dating prospect on ‘hold'” and, perhaps worst of all, “there’s breadcrumbing as a kind of game: when a person is ‘not interested in you, but interested in themselves staying relevant to you.’” Yikes!

A friend told me about the term #breadcrumbing and I'm so thankful to have a word to describe this behavior pic.twitter.com/VW4ikHoxuK

We know relationships are complicated, especially in our digital age, but this is all kinds of not okay. Might we suggest not giving breadcrumbing a try (like, ever) and mastering these five classy virtual breakup alternatives instead?

Barbara Pavone
Barbara Pavone is a pop culture-obsessed writer based in beautiful (but ridiculously cold) Montreal, Canada. When she's not working, she's sipping on a Pimm's Cup and daydreaming about her celebrity hero, Saint West.
Dating
Entertainment
Dating love