How Quitting Facebook Changed My Life for the Better 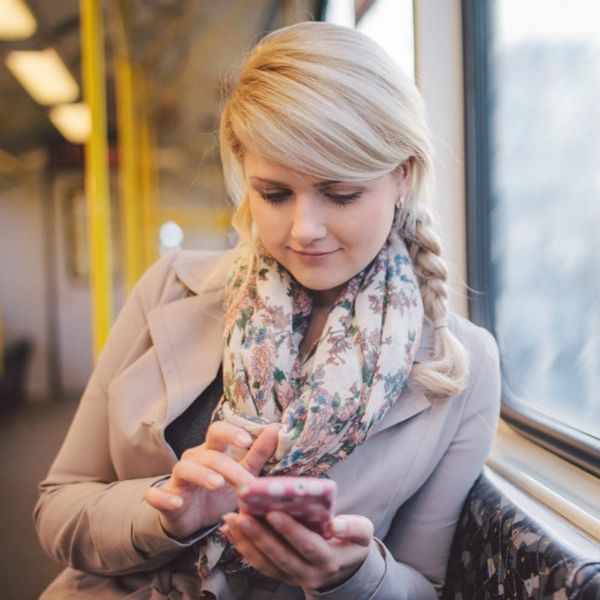 I haven’t looked at Facebook in over a year — since August 2015, to be exact. In mid-2015, I was going through some major personal changes: ending a 10-year relationship, moving into an apartment in a new city and making a career change. I was fragile, sad and (thankfully) self-aware enough to know that my spiral would only get worse if I kept Facebook stalking my ex and hate-reading my former neighbor’s political rants on Facebook. So I quit Facebook. Yep, I deleted the app from my phone, unsaved the link from my computer’s bookmarks bar and “forgot” my password on the login page. Seventeen months later, I still feel amazing AF about that decision. Read on for the six major discoveries I made once I quit Facebook.

I know, I know. Shocking. But I was a frequent user at the time I quit and honestly believed that I needed Facebook to feel connected to my friends, family and the world at large. This entrenched belief made the choice to stop using Facebook even more liberating, like when you decide to go out one night without a bra on or when you surprise yourself by saying “no” to that obligation you usually say yes to. It’s the simplest but probably most profound of anything I’ve learned from all this time away from the site. You can just STOP without the world doing the same.

2. Mindless consumption is just that

The muscle memory of scrolling during every second of free time lasted about a week. I’d go to scroll when I woke up in the morning or when I was waiting for the pasta water to boil at night. In the same time that I gave up Facebook, I also cancelled my cable subscription and got rid of my TV altogether. I was putting an end to mindless consumption, come hell or no Bravo. But the thing about quitting something unfulfilling is that you’ll quickly find something to take its place.

Lemme just step down from this high horse for a sec though. This doesn’t mean I don’t consume media. It’s just that now it’s much more satisfying. I binge on House of Cards, re-watch old Sex and the City episodes on HBO GO, read constantly and pin plant-filled apartments on my “home” Pinterest board — things that bring me actual joy, rather than activities that actually bring me down (sorry, Andy Cohen).

Whether it’s a family member with dramatically different political opinions than mine, an acquaintance with a flair for the dramatic or a friend’s husband’s penchant for “funny” (read: sexist) memes, I now only get what I see when we’re hanging out in person. Which is (most often) a kind, warm friend who has plenty of interesting, thoughtful things to say.

Similarly, when I meet new people, my opinion of them is informed only by what I learn firsthand. I learn their history from their funny stories over coffee, not from stalking their feed. This is especially hard (but all the more important) for me when it comes to dating. I have friends who’ve been completely wrecked after they find a Valentine’s Day photo album from their new boyfriend’s old relationship. In this case, for me anyway, ignorance is bliss.

4. My IRL relationships Are better

Now, when I see family photos from my friend’s recent beach trip, it’s from her camera roll while we’re sitting together on her couch sipping wine. I meet up with a former coworker for lunch because I honestly don’t know what she’s been up to and I’m excited to learn she just got a new puppy. My ex and I are now genuinely friends again, which I credit in part to having time to heal separately, without constant social media reminders of his life without me clouding my emotions.

5. Fomo is a thing of the past

I may be a 33-year-old independent woman, but in the past when I saw a group of friends check-in at a local burger place while I was at home eating leftover mac and cheese, it would ruin my night. I took the non-invitation personally, as though they were intentionally excluding me, which was definitely not the case. Living in a post-Facebook world, I’m only aware of the invitations I receive, which is how it should be anyway. And if I do hear about something I wasn’t invited to, it’s by those same friends, saying they can’t wait to go back with me sometime.

I used to be one of those people bent over their blue screen while sitting across from friends out to dinner at a restaurant. Instead of interacting in my active present, I was observing a passive digital world that I couldn’t really be a part of. Not to mention, I was just being rude! I now keep my phone put away when I’m with someone else and even when I’m out in public by myself. I’ve realized it’s much easier to flirt with a cute boy while waiting for my latte at the coffee shop this way.

The implications of giving up Facebook have turned out to be much broader than just losing my constant supply of kitten videos and baby photos. It’s made me more mindful, less anxious, more grateful and less dependent on my phone in general. I’m still an active Instagram poster and peruser but I mostly follow accounts that post street style photos or bookstagrams, which I find inspiring rather than draining.

With that said, while I think a digital cleanse is a good idea for anyone (science agrees!), I don’t think Facebook is the only evil to abstain from. It could be that you’re totally chill on Facebook, but all those travel accounts you follow on Instagram make you feel bad about your lack of vacation funds. Or you just can’t bring yourself to unfollow your former BFF on Twitter, even though her stream-of-conscious tweeting is a constant reminder of how much you miss her. Whatever your social media Kryptonite, I fully support you giving yourself the permission to just quit.

Would you ever consider taking a Facebook break? Tweet us @BritandCo and let us know your thoughts.