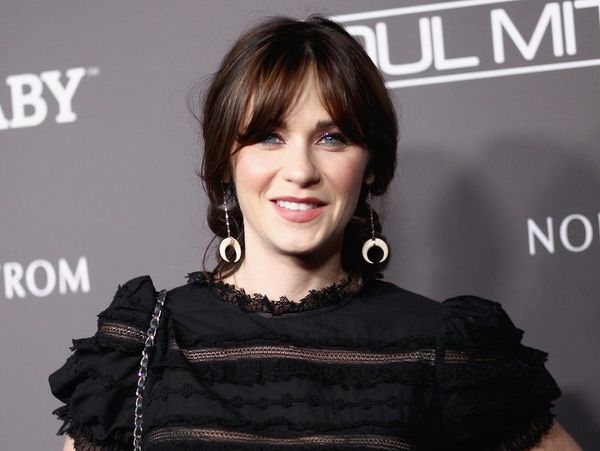 Elf is celebrating its 15th anniversary this year, and to celebrate, some of the cast and crew are sharing memories and behind-the-scenes secrets from set. Last week, Will Ferrell opened up about the scene that made him cry in real life, and now, Zooey Deschanel is dishing on how she got the part of Jovie, which turned out to be something of a breakout role for her.

Ferrell’s character, Buddy the Elf, meets Jovie at a department store when he treks to New York City to find his long-lost father. Though she appears jaded at first, she eventually gives in to the holiday spirit and even helps save Christmas by singing in public to lift Santa’s sleigh.

Deschanel was great in the role, but according to Variety, she wasn’t the first choice. “I went in as a backup. The person they cast couldn’t do it,” she explained. “A lot of the parts I got early in my career, I was filling in for someone else who had dropped out last minute.”

Prior to Elf, Deschanel appeared in 2000’s Almost Famous and 2003’s All the Real Girls, and she had been auditioning for another movie when she was asked to come in for Jovie. That other movie, in fact, is the reason for her blonde hair. “What is funny is I had dyed my hair for a screen test for a movie that never happened,” she said. “I had a meeting for Elf while I was blonde, and I asked them if I could dye my hair back brown. They said, ‘No, we want you to look the way you did in your audition.'”

We have to wonder if she would have gotten the role if she had shown up with brown hair, but we’re glad things worked out the way they did.

Can you imagine anyone else in the role of Jovie? Let us know @BritandCo.