10 Movies for Some R+R This Weekend 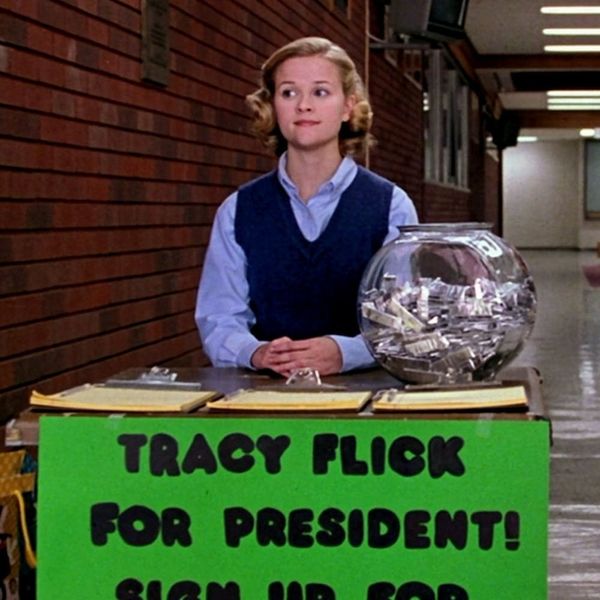 It’s been a long week for everyone. For those who want nothing more than to crawl into bed and stay there and rest for two days, we’ve got you covered. Bury yourself away with these 10 movies for every mood and get ready to emerge like a butterfly on Monday. You’ll be stronger, brighter and more ready for a fight than ever before.

1. How to Be Single on HBO: This all-star cast (Rebel Wilson and Dakota Johnson!) explores dating in your 20s and is full of relatable moments that will have you rolling your eyes and remembering your past. (Photo via Warner Bros.)

2. Fast Times at Ridgemont High on Showtime: Classic comedy at its best. This 1982 movie about a Southern California high school remains just as quotable and fun. (Photo via Universal Pictures)

FILMS THAT SKIRT AROUND THE RULES

3. Under the Sun on Netflix: There’s a lot about North Korea that we don’t know. This fascinating documentary lifts a curtain on the intriguing country to show us what’s really happening. (Photo via Icarus Films)

4. Matchstick Men on HBO: Starring Nicolas Cage, this caper about two con-men takes a dramatic turn when the elder meets his 14-year-old daughter for the first time. (Photo via Warner Bros.)

5. The Addams Family on Amazon and Hulu: Sometimes in the face of hardship, we deal with making jokes about it. Hang out with another family with a dark sense of humor, the Addams Family. Plus, Wednesday Addams will give you all the memorable quotes you need for future rough days. (Photo via Paramount Pictures)

6. Death at a Funeral on Amazon: This is one of our absolute favorite movies of all time for anybody with a dark sense of humor. The British comedy follows a family who learns some surprising news about their father at his funeral. (Photo via Sidney Kimmel Entertainment)

YA MOVIES THAT DIVERGE

8. The Divergent Series: Allegiant on HBO: Ditto for part three of the series. Spend the weekend bingeing through the whole thing. (Photo via Red Wagon Entertainment)

MOVIES ABOUT PATRIOTISM AND LIBERTY

9. Born on the Fourth of July on Showtime: Tom Hanks stars as a soldier who fights in Vietnam and returns a quadriplegic. It’s a classic war film that will give you lots to think about regarding patriotism. (Photo via Ixtlan)

10. Election on Hulu: If for some reason you STILL haven’t had enough of the election, follow another race that’s (almost) equally as dramatic. It’s the high school presidential campaign run by Tracy Flick (Reese Witherspoon), which is fought visually by Matthew Broderick, playing a teacher at the school. (Photo via MTV Films)

Any other weekend plans? Let us know @BritandCo!