10 Toronto Film Festival Films to Totally Freak Out Over 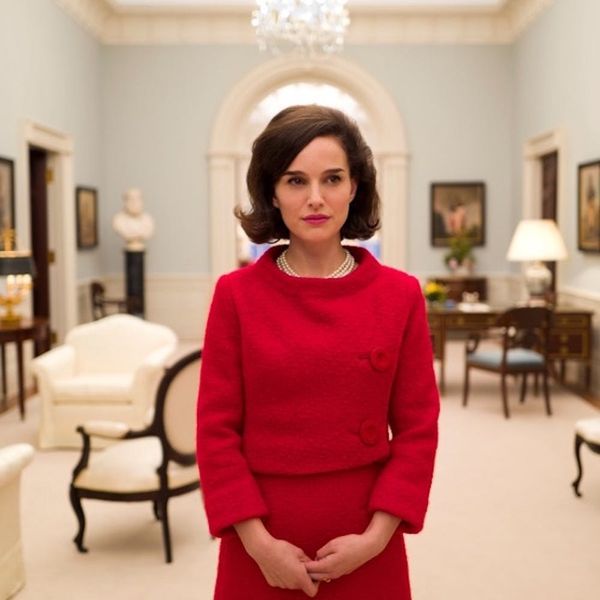 Awards season for movies typically kicks off in January, but it could also be argued that the real start of awards season is September. Each fall, stars and critics amass in Toronto, Canada, for the Toronto International Film Festival, a 10-day affair during which hundreds of films are screened. The best-received among them often go on to sweep the Oscars. But aside from all that, it’s a great chance to scope out some of the best movies that will be coming out over the coming months. We’ve grabbed just 10 that we think any Brit + Co reader would love to see, but there are way, way more; take a peek at the TIFF website to see what else there is.

1. American Pastoral: Ewan McGregor’s first film behind the camera captures the tumultuous 1960s through the lens of one family. Dakota Fanning plays the teenaged daughter of Ewan and Jennifer Connelly, whose opposition to the Vietnam War leads to her leaving her family and committing an act of political violence. It’s not the first time family strife or the turbulent 1960s have been covered, but the all-star cast and source material (Philip Roth’s novel of the same name) mean this is sure to be entertaining.

2. The Bad Batch: Ana Lily Amirpour’s 2014 feature film debut, A Girl Walks Home Alone at Night, made huge waves. How could a movie described as an “Iranian Vampire Spaghetti Western” not? Her follow-up promises similar intrigue: It deals with cannibals and takes place in a futuristic United States, but offers a clear commentary on what happens when exclusionary politics are taken too far. There’s hardly an issue more relevant to today’s world.

3. Brain on Fire: What’s one of the scariest things you can imagine? “Developing an illness no one can properly diagnose and that comes with amnesia” is probably up there (or if it wasn’t, it is now, so, sorry about that). That’s exactly what happened to Susannah Cahalan, who was a writer at the New York Post at the time. Brain on Fire stars Chloë Grace Moretz as Cahalan, and is based on her memoir about the distressing ailment that overtook her and her journey back to herself.

5. Jackie: As with American Pastoral, Jackie covers some well-trod cinematic territory: the lives of John and Jackie Kennedy, and specifically, the violent end John met. But the story gains new interest by being told here through Jackie’s eyes. Based largely on a Time magazine interview with the first lady just one week after her husband’s assassination, the film stars Natalie Portman in a new look at a well-worn tale.

6. La La Land: Emma Stone and Ryan Gosling have for reals chemistry, which might explain why they keep teaming up for romantic movies. La La Land marries modern life with the grand, romantic stylings of old-school musical movies. That ambition makes sense, given that it’s directed by Damien Chazelle, whose first film, Whiplash, also brought music into film in a dynamic fashion.

7. Loving: The story of Richard and Mildred Loving is a heartbreaking and historic one. They were an ordinary pair of people who wanted to be married and live together, as people often do. However, circumstances prevented it: Richard was white and Mildred was black, and they lived in Virginia when interracial marriage was illegal. This film follows the couple as they fought their way up to the Supreme Court and eventually had laws across the country against marriages like theirs overturned.

8. Manchester by the Sea: Casey Affleck is sort of the thinking woman’s Affleck — not that there’s anything wrong with Ben! Casey just isn’t in flashy superhero or big-budget action movies like his brother, and instead tends toward meditative roles in smaller, critically acclaimed films. Manchester by the Sea is no different. Casey plays a man who seems to be meandering through life, until his brother dies and he’s made guardian to his nephew. Will he rise to the challenge? Run from it? Take it on and mess up his teenaged charge? (Look out for Michelle Williams in this movie as well!)

9. Nocturnal Animals: Fashionistas will know Tom Ford’s name from the style world, and may remember that he made his feature-film directorial debut with 2009’s A Single Man. He’s back with Nocturnal Animals, starring Amy Adams and Jake Gyllenhaal as former spouses: Amy’s character begins reading the manuscript for Jake’s latest novel and is drawn into it, creating a sort of thriller-within-a-thriller.

10. Snowden: The story of 2013 (and one that has continued to play out) was the trove of documents Edward Snowden leaked to the press that proved the NSA is conducting massive surveillance operations both abroad and within the US. Some of it is legal, and some of it is… not so much. This film, directed by Oliver Stone and starring Joseph Gordon-Levitt, details how Edward Snowden came into the information he eventually shared with the world, why he felt compelled to do so and how he managed it.

Are you excited for any of the other films showing in Toronto this week? Let us know @BritandCo on Twitter!

Tannara Yelland
Tannara is a freelance writer and editor, an occupation perfectly suited for her affection for drinking too much coffee and keeping odd hours. She usually writes about politics, economics, and pop culture. Some day she will put to use the hundreds of hours she's spent watching Say Yes to the Dress and write THE definitive analysis of the show.
Pop Culture