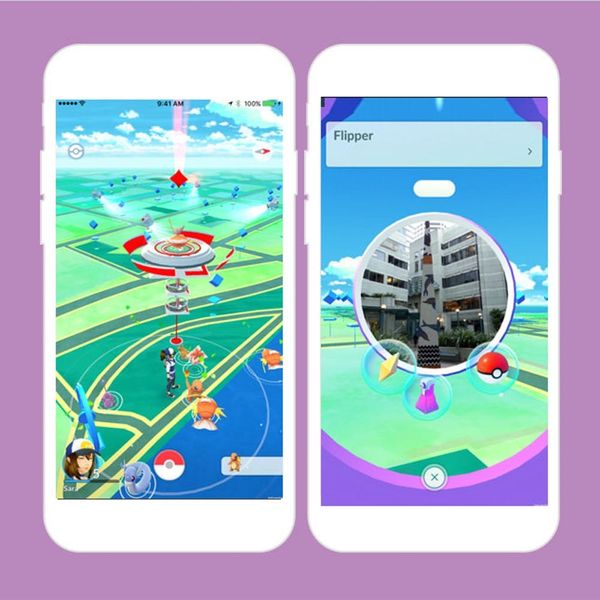 Pokemon Go was released last week and the world just hasn’t been the same since, particularly for scorned S.O.’s the world over. Whoever said technology is good for relationships CLEARLY conducted their study pre-Pokemon, cause girlfriends and boyfriends alike are suddenly finding themselves taking a backseat to Squirtle, and they are NOT having it.

Taking to Twitter to express their (often hilarious!) frustrations, they’re channeling their pain into Tweets that we can’t help but be totally amused by (#sorrynotsorry). Below, we present 11 times Pokemon Go almost ruined it all — the horror!

Never did I think I'd be walking down the street with my boyfriend…catching Pokemon.

1. When Devious Maids actor Gideon Glick reflected on where he might have gone wrong in life to end up here, proving even celebs aren’t immune to Pokemon woes.

I honestly never thought I'd ever have this thought… but how do U get ur boyfriend to like u more than Pokemon?

2. When S.O.’s everywhere just weren’t quite sure how to handle all the sudden and unexpected competition.

Starting to think my boyfriend would rather be dating a Pokemon.

3. When a once secure relationship was suddenly mired with doubt and suspicion.

when ur trying to be flirty but all ur boyfriend cares about is Pokemon 🙃 pic.twitter.com/AsbzgyYiGn

4. When an attempt to flex sex appeal only seemed to backfire.

Having to stop your walk because your boyfriend is "catching Pokemon" 😐

5. When it interrupted a romantic date.

6. When it made it physically impossible to make it anywhere on time.

True Life: My Boyfriend Ditched Me In Home Depot To Catch Pokémon

7. When boyfriends started leaving girlfriends in the dust.

8. Even when it was supposed to be all about them.

True Life: I Lost My Boyfriend to Pokemon Go.

9. When some lost their boyfriends entirely.

10. When others longed to get that pre-Pokemon spark back.

Pokemon go is insane.. &My boyfriend is an idiot… pic.twitter.com/NcMeGSxqCb

11. And finally, when some were witness to… this.

Pokemon Go: Love it or hate it? Tell us over @BritandCo!

Nicole Briese
Nicole is the weekend editor for Brit + Co who loves bringing you all the latest buzz. When she's not busy typing away into the wee hours, you can usually find her canoodling with her fur babies, rooting around in a bookstore, or rocking out at a concert of some sort (Guns N' Roses forever!). Check out all her latest musings and past work at nicolebjean.com.
Tech News
Celebrity News
Tech News twitter