Here's Everyone Who's Performing at the 2019 Grammys 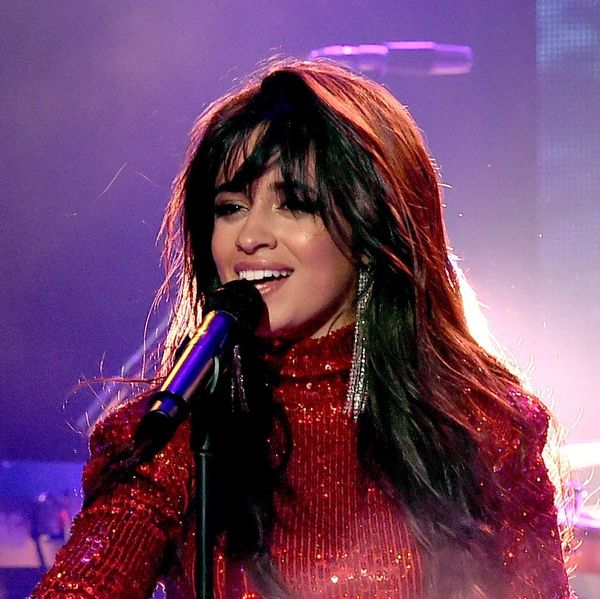 The 61st Annual Grammy Awards — set for February 10 with host Alicia Keys — will not only celebrate the best that the music industry had to offer last year but also give us some top-notch performances by some of our favorite stars. Cardi B, Shawn Mendes, Camila Cabello, H.E.R., and Kacey Musgraves are just a few of the artists who will be taking the stage at LA's Staples Center on Sunday night. Click through to check out the full list for 2019 Grammys performers. (Photos via Rich Fury/Getty Images for Fashion Nova + Timothy Hiatt/Getty Images + Kevin Winter/Getty Images for dcp + Dave Kotinsky/Getty Images for BET)

Brandi Carlile: As the most-nominated female artist at the 2019 Grammys, Carlile could take home as many as six awards, including Album of the Year (By the Way, I Forgive You) and Song of the Year ("The Joke"). (Photo via Slaven Vlasic/Getty Images)

Camila Cabello: This will be Cabello’s solo debut performance at the Grammys, but it may not be the biggest moment of the night for the former Fifth Harmony singer. She's nominated for Best Pop Solo Performance for "Havana," as well as Best Pop Vocal Album for Camila. (Photo via Kevin Winter/Getty Images for dcp)

Cardi B: Cardi B earned a whopping five nominations this year: Record of the Year ("I Like It"), Album of the Year (Invasion of Privacy), Best Pop Duo/Group Performance (Maroon 5's "Girls Like You"), Best Rap Performance ("Be Careful"), and Best Rap Album (Invasion of Privacy). She has some tough competition in every category, but we're guaranteed to see her onstage at least once. (Photo via Rich Fury/Getty Images for Fashion Nova)

Dan + Shay: Dan + Shay, nominated for Best Country Duo/Group Performance for their song "Tequila," will take the stage for what might be the biggest performance of their career (so far). (Photo via Jason Kempin/Getty Images)

Diana Ross: The Recording Academy announced on January 31 that the 2019 Grammys would feature a "special 75th Diamond Diana birthday performance" to commemorate Ross' "landmark career and contributions to music." (Photo via Jeff Kravitz/AMA2017/FilmMagic for dcp)

H.E.R.: Another name you'll hear frequently among the nominees is H.E.R., AKA Gabi Wilson, who could win in five categories, including Best New Artist, Album of the Year (H.E.R.), and Best R&B Song ("Focus"). You'll see her — or rather, H.E.R. — take the stage for what's sure to be a captivating performance. (Photo via Dave Kotinsky/Getty Images for BET)

Janelle Monáe: Thanks to Dirty Computer, Monáe earned a nomination in both the Album of the Year category and the Best Music Video category (for "Pink"). We wonder if the latter will be her inspiration onstage. (Photo via Theo Wargo/Getty Images for Global Citizen)

Lady Gaga: On February 6, the Recording Academy announced that Lady Gaga would be taking the stage at the 61st Annual Grammys. This will be her fifth consecutive performance at the awards show. She's also nominated in five categories, including Record of the Year, Song of the Year, and Best Pop Duo/Group Performance. (Photo via Kevin Winter/Getty Images for NARAS)

Little Big Town: Little Big Town's performance is the icing on the cake of their nomination for Best Country Duo/Group Performance for "When Someone Stops Loving You." (Photo via Jason Kempin/Getty Images for CMT)

Maren Morris: Morris took home her first Grammy in 2017 in the Best Country Solo Performance category, for "My Church." She's up for five awards in 2019, including Record of the Year for "The Middle" (with Zedd and Grey) and Best Country Song for "Dear Hate." (Photo via Rick Kern/Getty Images)

Post Malone: Post Malone will take the stage at least once, for his performance with the Red Hot Chili Peppers, but we could be seeing even more of him. He earned four nominations this year: Record of the Year ("Rockstar" with 21 Savage), Album of the Year (Beerbongs & Bentleys), Best Pop Solo Performance ("Better Now"), and Best Rap/Sung Performance ("Rockstar"). (Photo via Tabatha Fireman/Getty Images)

Ricky Martin: Martin is a two-time Grammy winner who took home the award for Best Latin Pop Performance in 1999 and Best Latin Pop Album in 2016. This year's performance will be his first on the main Grammys stage in almost 20 years. (Photo via Gustavo Caballero/Getty Images for iHeart Radio)

Shawn Mendes: Mendes is making his Grammys debut at this year's show, where he's also up for two awards. "In My Blood" earned him a nomination for Song of the Year, and his self-titled LP is up for Best Pop Vocal Album. (Photo via Timothy Hiatt/Getty Images)

Desiree O
Desirée O is a ‘Professional Bohemian’ who loves anything and everything related to the arts, entertainment, and pop culture. She ADORES being a ‘Newsy’ for Brit + Co, covering all of the latest tidbits of awesomeness that you want to read about. When she’s not writing, she’s either making messy art, going on long adventurous walks with her camera, or poking around over at bohemianizm (http://www.bohemianizm.com/). You can find out about Desirée O and her work at http://DesireeO.com/ or follow her on Twitter @DesireeO.
Grammy Awards
Music
Grammy Awards Awards Shows
More From Music