4 Shows to Watch in Between Veep Episodes 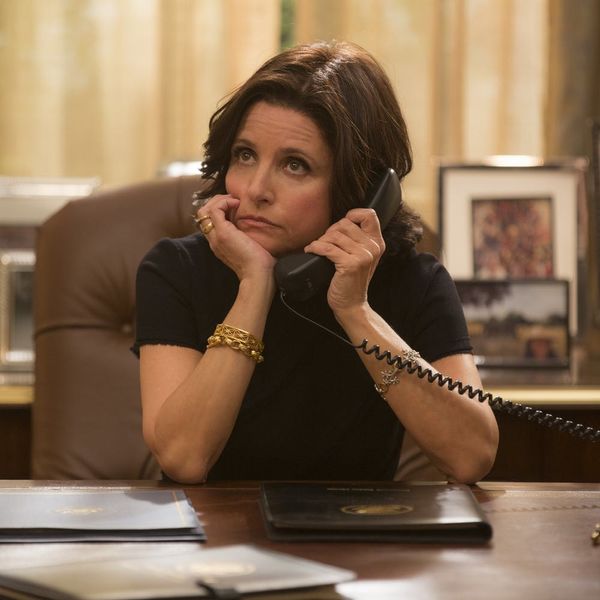 Veep just started its sixth season, but the HBO hit comedy is still as entertaining as ever. Former Senator Selina Meyer (Julia Louis Dreyfus) has risen to the top and fallen from grace, but that doesn’t mean her story is over — particularly when she still has a daughter to raise and her whole politics-free (?) future ahead of her. Season six is only going to have 10 episodes, so if you’d like to draw it out, or if you just want to have something lined up in your queue for when you’re done, we’ve got some picks for you.

Frank Underwood (Kevin Spacey) doesn’t give you any doubts from the get-go that he always gets what he wants. Right now he has his sights set on rising to the top of the American government, and he doesn’t really care who he has to take down to get there. If you think his wife Claire (played by the brilliant Robin Wright) is just arm candy, however, you’re sorely mistaken. She’s a formidable force all on her own. Watch it on Netflix. (Photo via Netflix)

If YOu Love Women In the Spotlight, Watch the Good Wife

It’s been 13 years since Alicia Florrick (Julianna Marguiles) left the workforce to be a stay-at-home mom, 13 years since a scandal (political and sexual) involving her husband came to light. Alicia is fiercely protective of her two children, and it’s for them that she returns to work in a job as a junior litigator. She’s done being the good wife, and ready to make a name for herself on her own terms — especially poignant in today’s climate. Watch it on Hulu. (Photo via CBS)

If You Love Watching People Who Fix Things, Watch Scandal

If you aren’t one of Olivia Pope’s (Kerry Washington) loyal gladiators by now, you will be very soon. It’s another Shonda Rhimes creation, so you already know it’ll tweak your heartstrings and get you drawn in in no time flat. Olivia is a fierce, strong woman and a professional “fixer.” With all the scandals she deals with daily, you have to wonder whether fixers like her really do exist in the real world (we’re guessing probably yes). Watch it on Netflix. (Photo via ABC)

If You Like Women Who are Ahead of Their Time, Watch Outlander

Claire Beauchamp (Caitriona Balfe) is a happily married woman returning from working as a nurse in the war in 1945. She visits Craigh na Dun, a circle of standing stones in Scotland, and finds herself inexplicably thrown back 200 years. She’s alone in a world where women have even less of a voice than they did in the 1940s, and smack in the beginning of an uprising. Can she navigate Scottish and eventually French and American politics — and a fiery, passionate man who isn’t her husband? You’ll just have to watch it (or read the books!) and find out. Watch it on Starz.

Shea Lignitz
Shea can be found in the nearest bookstore or brewery, exploring the great outdoors, or blasting Led Zeppelin. She grew up in the cold and rain of Northern California's redwoods but is currently wandering around Texas.
Netflix
TV
Netflix Streaming