4 More Shows for Everybody Who Loves Veep 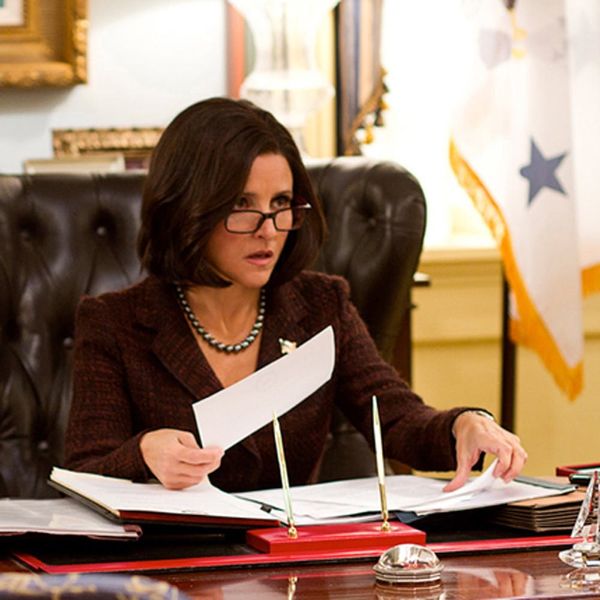 Veep is ending this Sunday. Before you shed a tear, know that season six is OFFICIAL and Selina Meyer will be coming back to us next year, but that means we’ve all got nearly a year before we know what happens next in the Oval Office. So, to help you get through the off-season blues, we’ve got four more TV show recommendations that should endear themselves to any Veep fan. Four more shows! Four more shows! (Sorry.)

Julia Louis-Dreyfus and Lisa Kudrow have a lot in common. Not only were they both stars of HUGE sitcoms about groups of friends in New York in the ’90s, they both made beautiful renaissances of their careers on HBO recently. Catch Kudrow as Valerie Cherish in The Comeback, a show about an actress making a resurgence on a reality TV show. Watch it now from HBO. (Photo via HBO)

IF YOU LIKE HIGH-POWERED SATIRE, WATCH HOUSE OF LIES

If there’s one thing we’ve learned from Veep, it’s that the people who are at the top are not always those who are most qualified for the job. If you’re into satirical power dynamics, watch Showtime’s House of Lies, starring Don Cheadle and Kristen Bell. The show’s about a group of management consultants with very questionable morals and it’s available from Showtime and Amazon. (Photo via Showtime)

IF YOU LIKE POLITICAL COMEDIES, WATCH THE THICK OF IT

Few things in real life are as surreal as a political system — no matter where in the world you are. This dark comedy from the BBC sheds a light on just how F-ed up the British Parliament can be. It follows a prime minister, his advisers and his party’s spin doctors as they navigate the political system. You can stream it from Hulu and Amazon. (Photo via BBC)

IF YOU LIKE NOBODY REALLY KNOWING WHAT’S HAPPENING, WATCH EXTRAS

If you’re a fan of watching the bumbling antics of Selina Meyer’s camp, there’s more of the same in Extras. The show is led by Ricky Gervais and Stephen Merchant and skewers the entertainment industry with the story of a B-list sitcom star. Watch it now on Amazon. (Photo via BBC)

What other shows do you want to replace in your heart? Let us know @BritandCo!

Cailey Rizzo
Cailey is a junkie for all things pop culture. She studied journalism and English literature at SUNY Purchase, then continued studying French cinema and literature at Paris IV Sorbonne. She currently lives in New York where she can often be found singing '70s music at karaoke bars.
Streaming
Tech
Streaming
More From Tech