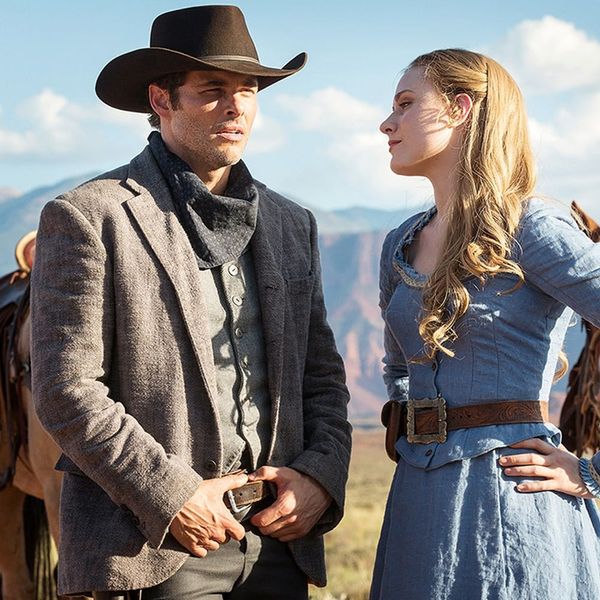 YOU GUYS YOU GUYS YOU GUYS. We originally wanted to wait until the end of the season to talk about our obsession with Westworld, but it’s just SO GOOD. It has totally transformed our whole weeks and made Sunday evening the best time again. But, if you’re like us, you’re probably dying with anticipation to get back to that intriguing theme park all day Monday through Saturday. We’ve got you covered. Here, we’ve got five shows for you to watch while you’re waiting for the next episode of Westworld. We’ll see you on Sunday evening.

One of the best parts of Westworld (so far!) is just trying to figure out what’s even happening in the show. If you like being confused and intrigued by a show, stream the Netflix original smash hit Stranger Things. It’s available to stream now on Netflix. (Photo via Netflix)

If you got sucked into the future world where people visit a completely different planet with robots for entertainment, you’ll love this dark sci-fi that explores the relationship that people have with their tech. You can stream all episodes (including a brand new season three premiering this weekend!) from Netflix now. (Photo via Netflix)

If you’re just drawn to the vibes of the wild, wild West, HBO’s Deadwood has more of what you’re looking for. The show follows the gunfighters of a gold-mining town. It’s filled to the brim with saloons and old timey costumes that should satisfy any tumbleweed enthusiast. You can watch it now on HBO. (Photo via HBO)

This brand new show from NBC (there are only three episodes out so far!) follows a group of three time travelers as they go back and forth through America’s history to change some vital moments. They go to times as varied as a Rat Pack-era Las Vegas and to the 1800s to stop the assassination of Abraham Lincoln. You can watch the first season as it happens from NBC and Hulu. (Photo via NBC)

If you’re just into anything that producer J.J. Abrams touches, check out his 2012 post-apocalyptic show about a group of revolutionaries trying to take back their country after 15 years of permanent electrical blackout. You can watch the show’s two seasons on Amazon. (Photo via NBC)

Which other shows are you watching? Let us know @BritandCo!