5 Shows to Tide Over Gilmore Girls Addicts ‘Til the Revival 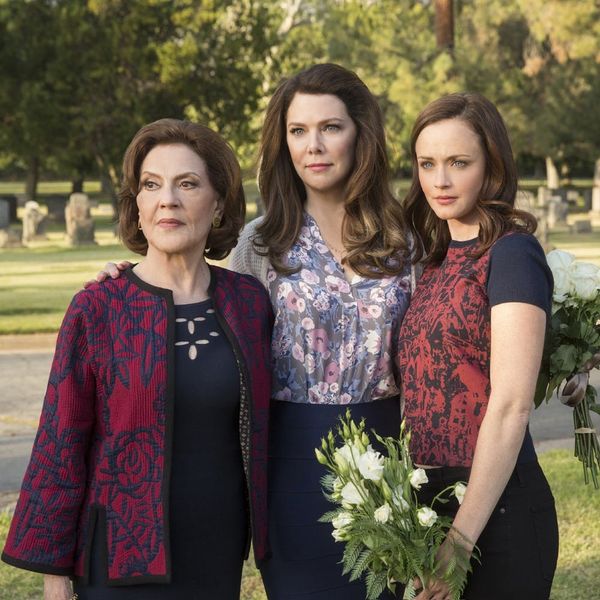 We’re all going back to Stars Hollow — but we’re going to have to wait. When Netflix announced that it was reviving Gilmore Girls, we all had a collective freak-out. Months have passed and the excitement has not gone away at all. But every day, the release is getting closer and closer. We’ve only got about a month left!! But if you feel like that month is going to drag by, we’ve got five more shows that should tide you over until we can catch up with Lorelai and Rory.

This is a classic, you guys. It starred Amanda Bynes and Jennie Garth as sisters/roommates who lived life together (while somehow making rent on an INSANE NYC penthouse). It’s got the same quippy dialogue as GG and, of course, the same looooove drama. You can stream it now from Amazon. (Photo via MTV)

If your favorite part of Gilmore Girls was Lorelai’s constant retorts, you can get more of Lauren Graham cool-mom action on Parenthood. The show is about the four Braverman siblings trying to raise their kids through myriad problems. It’s ready to watch on Netflix. (Photo via NBC)

IF YOU LIKE FAMILIES FIGURING IT OUT, WATCH LIFE UNEXPECTED

In this show, a teen in foster care tracks down her biological parents to get her emancipation. She ends up under their custody instead. Oh, and her dad’s basically an aging frat boy, so you know things get very interesting (and it’s questionable who ends up parenting whom). It’s been described as “Juno Meets Gilmore Girls,” and it’s waiting for you on Amazon Prime and Netflix. (Photo via The CW)

IF YOU LIKE STARS HOLLOW, WATCH HART OF DIXIE

There might be something you recognize in this show: The set. Hart of Dixie, starring Rachel Bilson as a northern girl down south, reused part of the Stars Hollow set to create Bluebell, Alabama. It’s ready to stream from Netflix. (Photo via The CW)

After breaking our hearts, Milo Ventimiglia, AKA our TV boyfriend Jess, moved on and got a starring role in Heroes. He played Peter Petrelli, a sensitive superhero with the ability to take on other superhero’s powers. You can watch it now on Amazon.

How are you counting down until the Gilmore Girls release? Let us know @BritandCo!