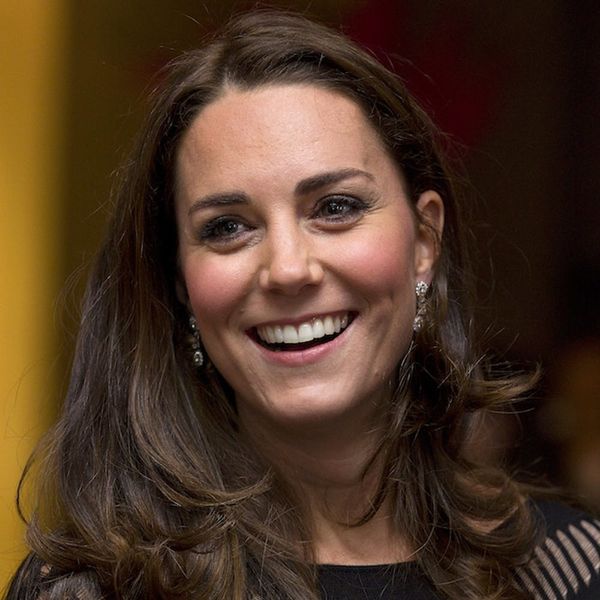 It’s been said a million times before, but it’s worth saying a million times over — high school is not the rest of life. For a lot of kids, the teen years are a carefree experience of friends and firsts and living in your own bubble, and even with the burden of pubescent hormones weighing on underdeveloped hearts and minds, it’s a time that’s looked back upon fondly. But of course, not everyone can say the same. After all, kids can be cruel, and online bullying is rampant. If you don’t have the right clothes or family or, sometimes, for no real reason at all, your time in high school can be made a living hell by bullies.

1. Kate Middleton: Believe it or not, even a freakin’ IRL Princess couldn’t catch a break from school bullies. Kate even requested that guests at her wedding donate to an anti-bullying charity, and a headmistress of a school Kate attended revealed that her quiet nature and skinny, athletic appearance caused mockery from her classmates. We’d say she made off okay in the long run on this one. (Photo via WPA Pool/Getty)

2. Taylor Swift: Defenders of Taylor in the current Kim and Kanye controversy would say that she’s beingbullied, and it’s apparently not the first time. While working her way through her awkward teen years, Taylor says she was dumped out of the blue by the popular girls, who made fun of her for not being cool or pretty enough and for liking country music. A year later, the same girls showed up at Taylor’s concert and were fans, teaching Tay an important lesson in letting bygones be bygones. (Photo via Kevork Djansezian/Getty)

3. Jennifer Lawrence: It’s not hard to picture insecure girls being intimidated and threatened by everyone’s ideal BFF JLaw, and she felt the brunt of it against her big personality in her elementary school days, being forced to change schools repeatedly due to bullying. Jen developed a pretty good motto for dealing with the bullies through it all. “Don’t worry about the bitches. You come across people like that throughout your life.” (Photo via Juan Naharro Gimenez/Getty)

4. Justin Timberlake: At the 2015 iHeartRadio awards, Justin Timberlake admitted that he was called a weirdo and teased through high school. Luckily, he was able to open up to his mother about the situation, who he said taught him that being different was a good thing. Long live moms! (Photo via Pascal Le Segretain/Getty)

5. Lady Gaga: Lady Gaga’s diehard fans, aka the Little Monsters, are incredibly loyal to her and vice versa, sharing the experience of being the outcasts, the weirdos. “Being teased for being ugly, having a big nose, being annoying,” she told Rolling Stone about her high school years. “’Your laugh is funny, you’re weird, why do you always sing, why are you so into theater, why do you do your make-up like that?’ … I used to be called a s–t, be called this, be called that, I didn’t even want to go to school sometimes.” Gaga might be the ultimate example of embracing and growing into your weirdness. (Photo via Christopher Polk/Getty)

6. Jessica Alba: Jessica was teased so badly as a kid that her dad used to walk her into school so she wouldn’t get attacked. And while she’s thankful for the protective actions of both her dad and her mom, who told her the kids were just jealous of her beauty, Jessica says she’ll teach her two daughters that beauty is on the inside. (Photo via Michael Loccisano/Getty)

7. Robert Pattinson: When the Twilight heartthrob was younger, his love of acting rubbed schoolmates the wrong way, and even though he says the attacks were often unprovoked, he can admit that he acted like a bit of an “idiot.” He still witnesses his own share of bullying to this day — primarily from his own fans toward his fiancée FKA Twigs, which, unlike how he feels about his younger experiences, is 100 percent unwarranted. (Photo via Lisa Maree Williams/Getty)

8. Miley Cyrus: Miley’s tale is all too familiar, and involves teens making fun of her for one of the most teen things ever: acne. Miley told Elle that the bullying was so bad she hid in her room, suffering from depression, causing her dad to eventually have to break into her room. Miley is a great example of someone who’s turned their experience into a positive, empowering young people to embrace their individuality. (Photo via Jason Merritt/Getty)

Did you suffer from childhood bullying? Let us know over @BritandCo.