Aaron Carter Gets Emotional Over His Strained Relationship With Brother Nick 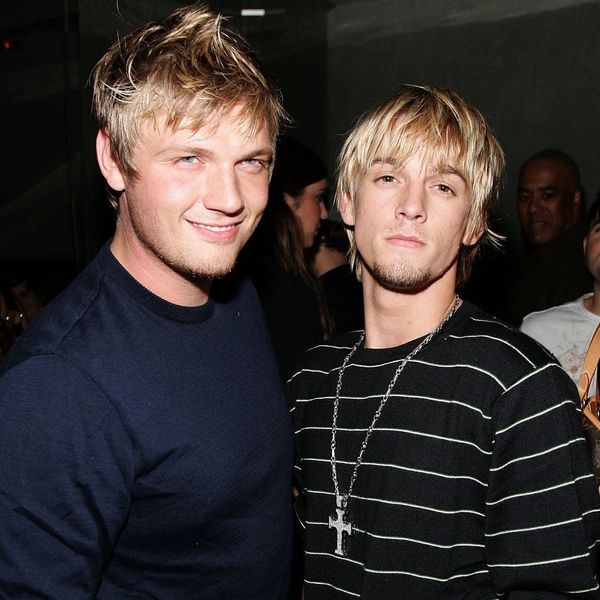 Aaron Carter isn’t holding back anymore. After sharing his experiences with body shaming and later opening up about his sexuality, the singer spoke up about his strained relationship with his famous older brother, The Backstreet Boys‘ Nick Carter, during an appearance on Elvis Duran and the Morning Show.

In the emotional interview, Aaron teared up about the demise of his relationship with Madison Parker and addressed rumors that he is addicted to drugs or suffering from a terminal illness. He also discussed how music has helped him through some tough moments with his brother.

After recalling the siblings’ hard times and citing Nick’s public offer of help following his July DUI arrest, Aaron said, “You don’t even know me, Nick, you don’t even talk to me. We see each other once or twice a year, and I’m keeping it real with you. And that’s what it is.” He then added, “I love my brother; I always will love my brother.”

When Duran asked if he thinks Nick returns the sentiment, Aaron quickly replied, “I think he loves me conditionally.” He then reiterated, “I love my brother; it’s all good, you know, but at the same time, I have my path and my journey to focus on.”

Following the interview, Aaron tweeted a message to his fans. “Listen, I’m sorry I got emotional at my performance @ElvisDuranShow. [The] negative comments really hurt, my music is about my relationships & my father that I just recently lost,” he wrote.

He later added that he planned to distance himself from negativity, writing: “Removing myself from all negative people and trust me they aren’t gonna like my silent treatment.”

What helps you through your tough moments? Tell us @BritandCo.