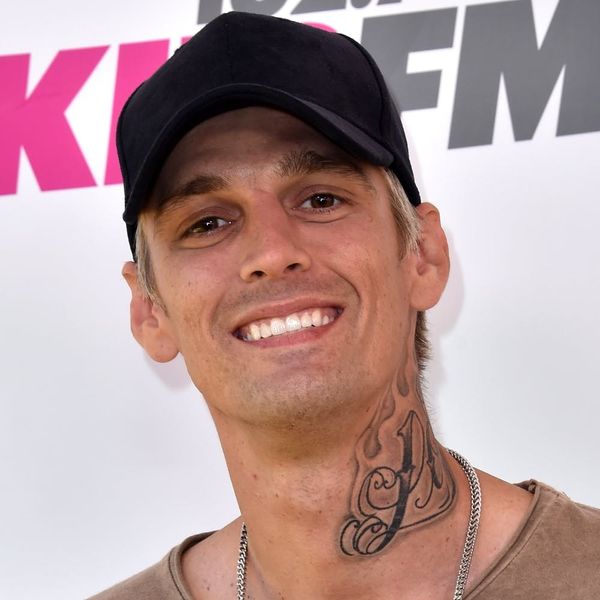 When it comes to body shaming, it’s sometimes easy to forget that it can happen to anyone, and at any size. Not only are both men and women with bodies deemed “too big” all too often subject to hateful comments and criticisms, but those that are deemed “too small” can catch heat too (just ask Karlie Kloss, who was once called “too fat” and “too thin” on the very same day).

Aaron Carter has been experiencing the latter firsthand as of late, and the 29-year-old singer, who has been dealing with a hiatal hernia since the age of 19, has had enough.

He shared his diagnosis with fans back in April after an increasing number of comments about his body began to surface, saying that it was a terrible stress condition that affects his appetite.

Yet still, he says he’s continually on the receiving end of comments about his body. One “fan” in particular really bummed the singer out after he says he heard her say that he “looked like he had cancer,” and that he “needed to eat five cheeseburgers.”

Taking to Twitter, Carter let fans know that not only are those types of comments hurtful, but they really do affect him.

The situation was reminiscent of one Sarah Hyland underwent not too long ago, when fans left cruel messages on an Instagram post of her wearing a t-shirt, forcing her to address her own health issues, which she says have resulted in a loss of muscle mass.

In Carter’s case, fans went so far as to compare him to brother Nick Carter of Backstreet Boys fame, saying that Nick, who is 6’2″ to Aaron’s 5’9,” “didn’t look as thin.”

Though Nick’s younger bro wound up taking an unrelated trip to the ER following his revealing Tweets to make sure he was in tip-top shape for some upcoming shows, Carter ultimately had a message of positivity for his haters.

Posting a shirtless photo of himself to Instagram, he wrote, “I’m not ashamed of my body. Maybe I’m too skinny, maybe I’m too short, but the one thing I know is I love my fans, my girlfriend, and my friends. You never know what someone is going through. We are not immortal. #embracelove.”

It’s yet another reminder that it’s never okay to ridicule someone else’s body, be they male, female, slim, or voluptuous. As Carter himself perhaps says it best, everyone is beautiful, “tall, short, thick, or thin.”

Let’s be kind to one another, shall we?

Do you relate to Aaron’s struggles? Tell us over @BritandCo.

Nicole Briese
Nicole is the weekend editor for Brit + Co who loves bringing you all the latest buzz. When she's not busy typing away into the wee hours, you can usually find her canoodling with her fur babies, rooting around in a bookstore, or rocking out at a concert of some sort (Guns N' Roses forever!). Check out all her latest musings and past work at nicolebjean.com.
Body Positive
Celebrity News
Body Positive Controversy
More From Celebrity News