Writer Alexi Wasser Tells Us How to Love Being Single 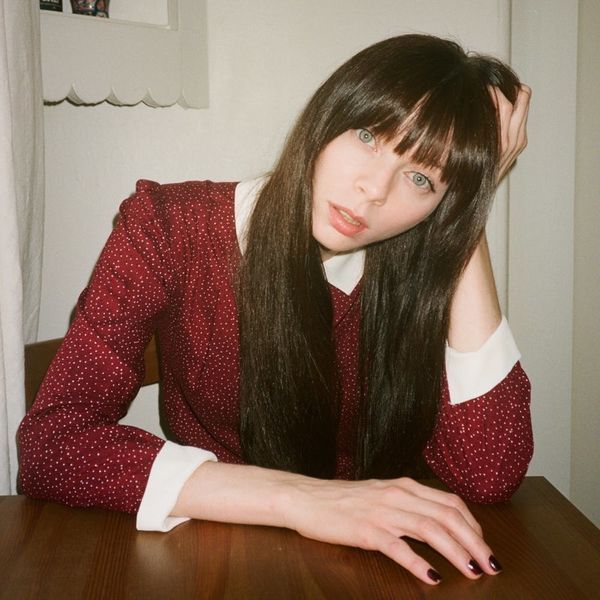 “I hit a limit,” says Alexi Wasser, a writer, podcaster and filmmaker, after a particularly disappointing breakup. Romance suddenly wasn’t on her radar anymore. She says, “I was gutted and exhausted — picking yourself back up after a breakup is daunting and requires so much energy.” Girl, PREACH! After a much-needed therapy sesh with her mom, Alexi realized that she’d been “hooked into some guy, some way” for years, whether it was a flirtation, crush, first date, boyfriend or some variation thereof. And she was ready to take a break from the breakups. So she decided to forgo it all: dating, sex, alcohol, the whole package — with the conscious intention of just being single. Not dating single, but single single.

We first learned of her self-imposed dating sabbatical by scrolling through her Twitter feed. (Go do the same — it’s hilarious, relatable and super smart!) We immediately wanted to get her thoughts on how to love being single, especially during cuffing season when everyone seems to be settling down, getting engaged and cozying up by the fire. (We’re happy for you guys… really.) Not surprisingly, she had some totally useful, insightful tips for those of us who may want to go on our own dating cleanse for a spell.

1. Do what men have been doing since the dawn of time — put yourself first. Alexi acknowledges that many smart, successful and otherwise independent women can so easily lose themselves in relationships. They put their partner’s emotional needs before their own, let their partner’s career aspirations define their personal goals and “shine [their] light” onto them (instead of onto themselves).

Alexi says it’s important to use this time to “figure out what you love to do and throw yourself into that passion.” Her theory is a sound one: “Let someone find you while you’re doing you. You’re so much more attractive when you’re a fully realized person.” She’s enjoying feeling “so good on my own and solid in myself,” and trusts that she’ll eventually “find another fully realized person” to enhance her life rather than complete it.

2. Delete those dating apps — and not just for the extra data. When it comes to dating apps, Alexi says, “I’m so done.” She recognizes that while, sure, you can find awesome people anywhere, “The vibe just isn’t serious” on most apps. She much prefers to revel in the day-to-day human experience — like grabbing lunch at a neighborhood cafe, mingling at a dinner party or chatting up the barista — to digital dating. By taking yourself out of the swiping pool, you’re opening yourself up to meaningful, real-life interactions that you may have missed with your brain on Bumble.

3. Meet new people with no expectations. Just because she’s not dating, doesn’t mean the exuberant, magnetic LA woman has forgone all flirtation. “I’m a flirtatious person — I think it makes life worth living!” she says. Now, though, Alexi is chatting up creative cuties on her podcast, getting to know them outside the romantic realm. It’s a “safety area” where she can explore new ideas, make meaningful connections and learn about people without wondering if they’re going to text her back.

4. Start romancing yourself. That can mean sweating it out at spin every morning, buying lacy underthings no one else will see, putting on red lipstick to cook yourself dinner or wearing your good butt jeans every day of the week. Whatever you choose, Alexi says it’s important to stay smitten with yourself and to not “lose the fire behind your eyes.” If you can’t get enough of you, odds are no one else will be able to either.

5. Get mindful about your new single girl existence. Alexi is all about that self-improvement tip. She’s currently obsessed with Meditation in the City, a NYC-based podcast that covers topics ranging from self-confidence to the benefits of meditation. And speaking of meditation, Alexi swears by it. Books like Jen Sincero’s You are a Badass and Bethenny Frankel’s I Suck at Relationships So You Don’t Have To and movies like Broken English, Sex and the Single Girl and An Unmarried Woman can remind you that being alone doesn’t have to mean being lonely.

6. Oh, and be ready to throw all that out the window. Of course, Alexi reminds us, “Once you swear off dating forever, that’s when you’ll meet someone.” And she’s all about that! There’s something magical about letting go of expectations and being open to the universe. “Love is awesome!” Alexi says. She’s totally ready to embrace romance, should she meet her soulmate over seasonal produce at Whole Foods, she says. The difference is that now, she’ll be just as happy to head home alone and make herself a satisfying dinner for one.

Are you recently single? Tweet us @BritandCo and tell us why you’re loving it!

Megan Parry
Megan Parry is a lifestyle writer living in Philadelphia where she's making generous use of her library card, obsessively reading friends' natal charts, and learning how to differentiate between "dried apricot" and "juicy apricot" notes in wine.
Relationships