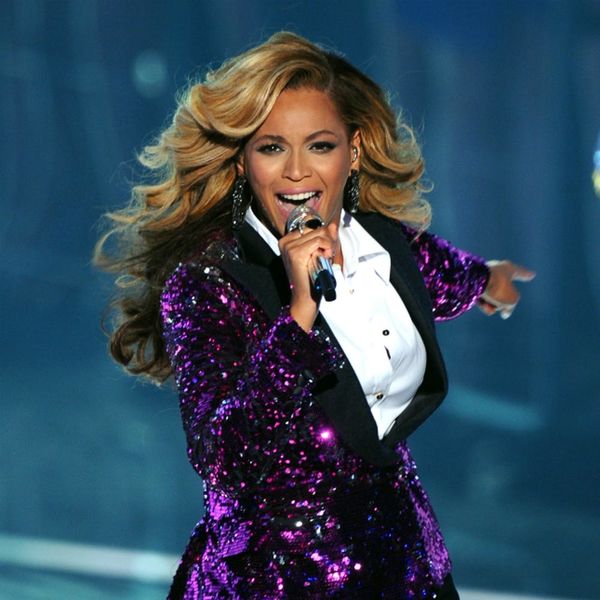 Leave it to Beyoncé to time her pregnancy around the biggest music awards show of the year. While everyone was speculating that her recent pregnancy announcement had a weird connection to this year’s Grammys, we were busy wondering how she could ever possibly top her 2011 VMA red carpet reveal. We’ve gone back to relive the pregnant Bey days of the past to see how she’s evolved since then, and to say she’s been slaying the maternity game would be a *serious* understatement.

THEN, 2011 VMAs: This was the very first time we knew that Beyoncé was going to grace us with offspring. In a flowing orange dress that at first hid her five-months-pregnant bump, which she then gently cradled, we were floored. But what was even more exciting was the other outfit Bey rocked at the 2011 VMAs.

We couldn’t believe our good fortune when Beyoncé performed “Love on Top” and shimmied harder than we could even imagine a pregnant woman would. That is, of course, until the 2017 Grammy awards, when Queen Bey actually became a goddess.

NOW, 2017 Grammy Awards: Bey skipped out on the red carpet this year, and performed fairly early on in the evening, resplendent in gold from head to toe. As people pointed out when Lemonade first dropped, she’s been channeling African Goddess Oshun (the goddess of fertility), among others, but she’s now incorporating some Christian imagery (Virgin Mary) in this look too.

The one thing that’s perfectly clear is that Bey loves being pregnant, and is embracing her mom bod even more this time around, showing off her belly during her Grammy performance.

Kat Armstrong
Kat has been a writer, social media maven and mom for longer than she's willing to admit. She's also spent time in front of and behind the camera, interviewing celebs, politicians and acting as a producer for fashion and artistic photography shoots. When she isn't writing for various orgs and publications, she's hanging with her kids, husband and French Bulldog, Peter, in Toronto, Canada.
Beyonce
Celeb Style
Beyonce Celebrity Baby Pregnancy