Here’s How Your Fave Celebs Prepped for the AMAs 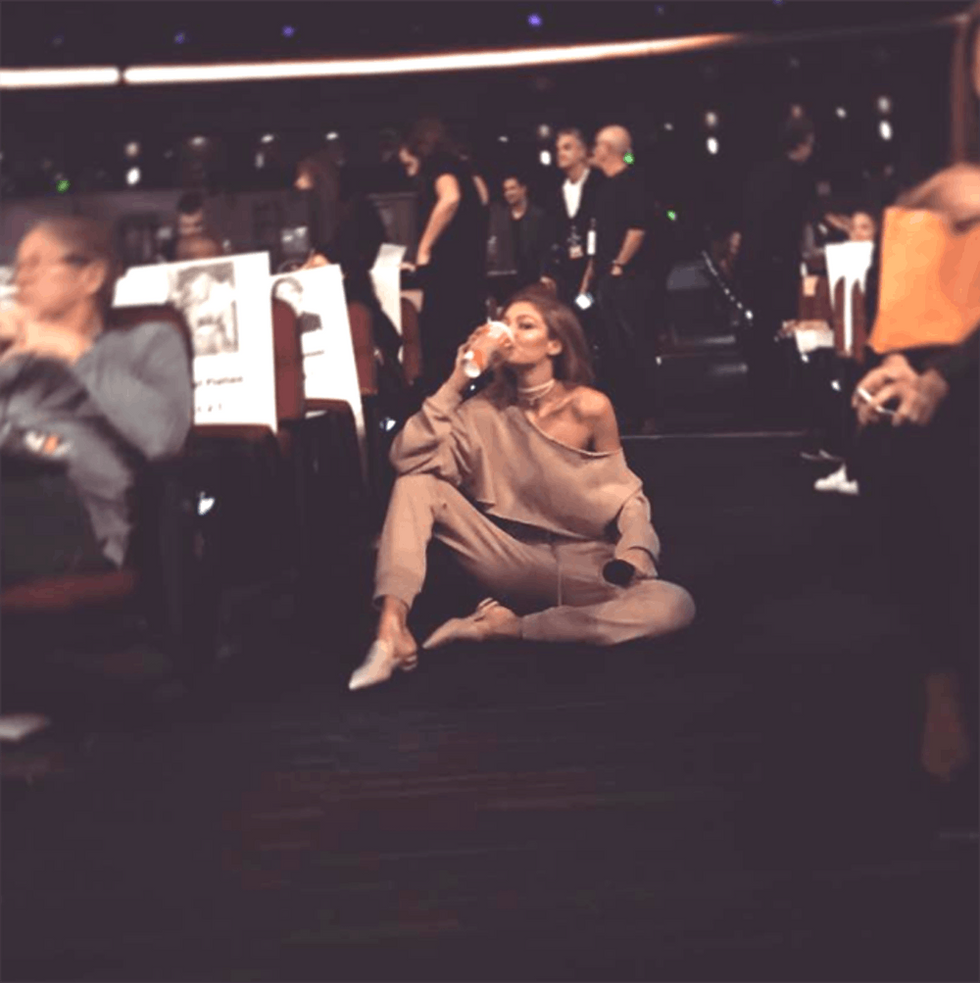 Award show season is just around the corner. In fact, you might still be in that post-holiday daze when those A-list celebs start strutting the red carpet at the Golden Globes and SAG Awards. But before 2017 offers us a fresh start, 2016 is wrapping up with an awards show not to be missed: the American Music Awards. The biggest names in music and entertainment are looking bomb on the red carpet, but if you want to see what they got up to beforehand (because red carpet prep is no joke, people), scroll on down to see the best celebrity Instagrams of the day.

1. Gigi Hadid: The night’s host is clearly working hard in preparation for the big event. But somehow she’s doing so while looking like the epitome of a model-off-duty.

queen of #AMAs !!!! thinking of you today & missing you. see you soon QM

2. Ariana Grande: Ariana chose to skip the post-hair and makeup selfie and instead opted for a sweet message to her grandma. Her first photo was captioned, “Queen of #AMAs !!!! Thinking of you today & missing you. See you soon QM.” But then to Ariana’s surprise, her gran showed up! The second photo was captioned, “OMG… This queen just walked right in ten minutes after my last post to surprise me. my heart.”

4. Normani Kordei: This is totally what we look like in hot rollers too. Totally.

me tomorrow at the carpet for @amas

5. Camila Cabello: These evil twin Kermit memes have been everyyyywhere this week. And Fifth Harmony member Camila feels it too. The red carpet in LA might be cold and rainy, but Camila is committed to her look.

6. Dinah Jane: Baked goods and killer brows: A life motto we can get behind.

8. Karlie Kloss: Karlie is coming to hang at the AMAs to support her BFF Gigi, but first comes coffee.

9. Tim McGraw: Looking fly in his classic black cowboy hat, Tim posted this sweet pic with his daughter Maggie, who is also his date for the evening.

What are you most excited to see at this year’s AMAs? Share with us on Twitter @BritandCo.