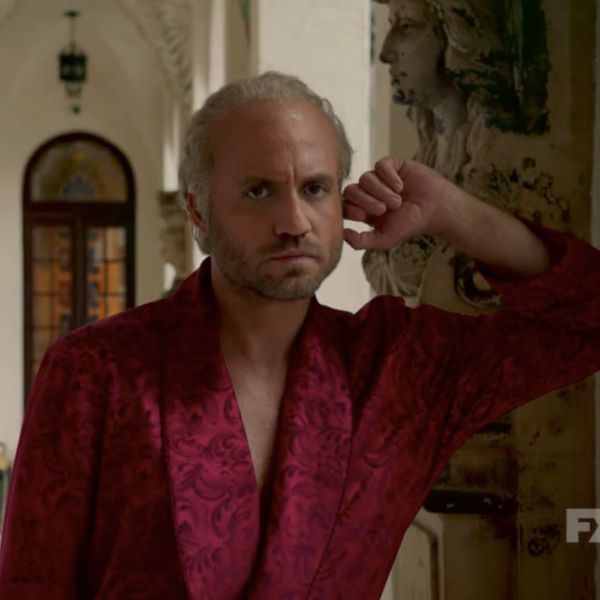 Ryan Murphy loves the macabre. With the latest season of American Horror Story done and dusted, his next project, the second season of American Crime Story, is on its way. The first season, The People vs. O.J. Simpson, focused on the murders of Nicole Brown and Ron Simpson and was both a hit and a mega award winner for Murphy. Season two, The Assassination of Gianni Versace, is about the murder of the fashion icon at the hands of twisted fan Andrew Cunanan.

Starring Édgar Ramírez as Versace, Penelope Cruz as his sister Donatella Versace, Glee’s Darren Criss as killer Cunanan, and Ricky Martin as Versace’s partner, Antonio D’Amico, the show leads up to Versace’s murder on the steps of his Miami villa in 1997.

It will also delve into the two main players’ backstories. Cunanan was a spree killer, murdering four people between April and June 1997. After his first few killings, he was added to the FBI’s 10 Most Wanted List. He eventually landed in Miami, where he hid “in plain sight” using his own name before setting his sights on the designer. Shortly after he killed Versace, he killed himself, ending the manhunt.

Murphy based the series on the true crime book Vulgar Favors: Andrew Cunanan, Gianni Versace and the Biggest Failed Manhunt in American History. And while fans of American Crime Story are excited for the show to drop January 17 on FX, not everyone is singing Murphy’s praises.

Versace’s partner of 15 years is angry with the show’s portrayal of the death of his love. D’Amico slammed the series back in July for the creative license it took when filming the moment Versace’s body was found. “The picture of Ricky Martin holding the body in his arms is ridiculous,” D’Amico told The Observer. “Maybe it’s the director’s poetic license, but that is not how I reacted.”

“The house had stained glass windows, so we couldn’t see what had happened from inside, so we had to open the gate,” he recalled. “I saw Gianni lying on the steps, with blood around him. At that point, everything went dark. I was pulled away, I didn’t see any more.”

Will you watch American Crime Story? Tell us @BritandCo.