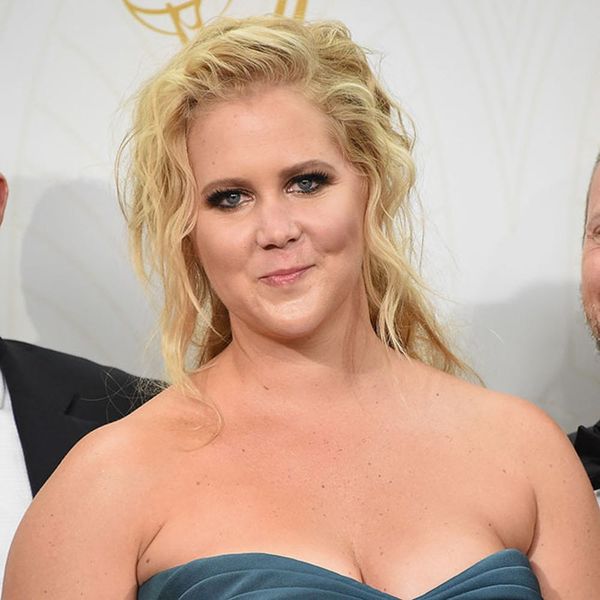 We’re pretty convinced everything Amy Schumer touches turns into comedy gold. The badass comedian scooped up the award for best sketch comedy series at the Emmys this year, has a book in the works and is a style inspiration with her hair and make up game. Her BFF Jennifer Lawrence even filled her hotel room with balloons after her Emmy win. Amy is on a roll, and the we all can’t get enough of her. Therefore, we’re stoked to hear that Amy is adding calendar girl to her resume.

Pirelli Calendar has traditionally featured supermodels and the like, but this year, they’re taking a different route. They enlisted the help of celebrity photog Annie Leibovitz, and Annie has a different vision in mind. She announced that the 2016 calendar would feature “strong but natural” -looking women. “I started to think about the roles that women play, women who have achieved something,” the iconic photographer told Yahoo News. Amy Schumer was one of the women selected for this year’s calendar. According to Vogue, celebs like Yoko Ono, Serena Williams and Patti Smith are among the others to be shot by photographer.

The final pics used in the calendar will drop November 30th. Can’t wait!

Molly Sanchez
Molly Sanchez is a writer, comedian and lover of burritos everywhere. She has written for The Bold Italic, Liquid Bread, Thrillist and HelloGiggles. She devotes her time to Bloody Mary research, exploring San Francisco and promoting wide spread shower beer awareness and appreciation. Find her on Twitter @seriousmolly trying to get famous people to laugh at her jokes or on Instagram @mollyfuckingsanchez where she swears a lot.
Calendar
Home News
Calendar Photography