Freaked Out About Flying? This App Will Help 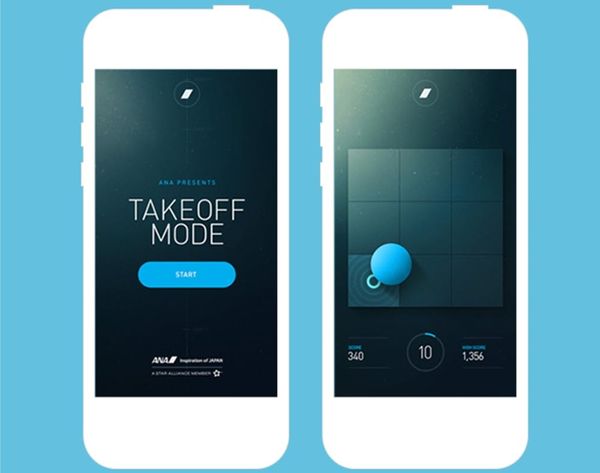 Traveling is literally the worst, especially during the holidays. So many people, so many delays and so much stress. Especially if you end up at one of the worst airports in the US. Trust us, there’s only so many beers you can drink to pass the time during those long layovers. A Japanese airline, ANA, knows how truly terrible flying can be (whether in December or July) — and now they have an app to make the experience better.

The app, created by agencies Firstborn and Dentsu, was originally thought up after airlines lifted the restriction on mobile devices during takeoff earlier this year. After conducting research, the airline found that 72% of travelers feel anxious during air travel, and the best ways for those flyers to relax is through music and puzzle games. The ANA Takeoff Mode app combines both of those elements to help alleviate all the stressful emotions we go through during our airborne affairs.

Takeoff Mode lets you play puzzle games to help distract anxious travelers from takeoff. Soothing music that plays in the background is meant to relax. Not only do those two features of the ANA Takeoff Mode app help to calm stressed out flyers, but the app also can read noise from the plane. What the app reads then triggers different animations for when the plane takes off or is completely done ascending so you can go about your happy flying routine (ours is definitely Serial bingeing).

The ANA Takeoff Mode app is available for free on iOS.

Will you be downloading the ANA Takeoff Mode app for your holiday flying? Let us know in the comments below.