Anna Kendrick Is the Latest Funny Lady to Write a Book 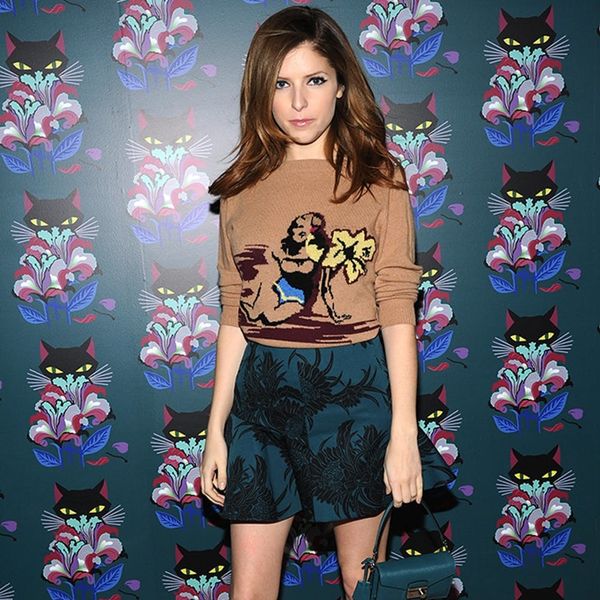 It’s no secret celebrities have to be on their A+ game in more than just their actual profession in this digital era. While some choose the lifestyle website route — Blake, Gwyneth, Lauren Conrad, etc. — and others dive into the retail space — Jessica Simpson + Alba — some like to keep it simple and just be straight up hilarious on social media — we’re looking right at you, Anna Kendrick. That #nofilter Internet presence has really worked in the favor of the Pitch Perfect/Into the Woods/The Last Five Years/Twilight actress as she just announced that she’s writing a book of essays about her life, which will be released in the fall of 2016. Aca-scuse us but that is way too far away, girl.

The currently untitled-book — being published by Touchstone, an imprint of Simon + Schuster — will be a “collection of humorous, autobiographical essays.” Those essays will detail some of Anna’s the most memorable life moments, from her days as a kid growing up in New England to stories as an A-list star, as well as expand on her already must-read tweets. Fingers crossed for a deep-dive essay on kissing Chris Pine in Into the Woods.

The only person more excited about this sure-to-be essential beach read is Anna herself, who stated in a release, “I’m excited to publish my first book, and because I get uncomfortable when people have high expectations, I’d like to use this opportunity to showcase my ineptitude, pettiness and the frequency with which I embarrass myself.” Oh Anna, that is the main reason why we heart you so. She continued, “And while many of my female inspirations who have become authors are incredibly well-educated and accomplished comedy writers, I’m very, very funny on Twitter, according to Buzzfeed and my mom [ed. note: and us!], so I feel like this is a great idea. Quick question: are run-on sentences still frowned upon? Wait, is ending a sentence with a preposition still frowned upon? I mean, upon frowned? Dammit!” We’re LOL-ing already.

While not a lot of information has been revealed about the book yet — besides the fact that there will be an audio version that better be read by Anna herself — we can only imagine it will have some hysterical relationship + lady advice, singing tips (aka how to finally master those plastic cups) and lengthy details about awkward run-ins with famous faces (we know you’ve got plenty, Anna). No matter how this one turns out, we’ve already cleared a space for it on our bookshelf, right next to Yes, Please and Is Everyone Hanging Out Without Me?.

Are you already adding Anna’s book of essays to your 2016 Must Read list? Let us know in the comments.