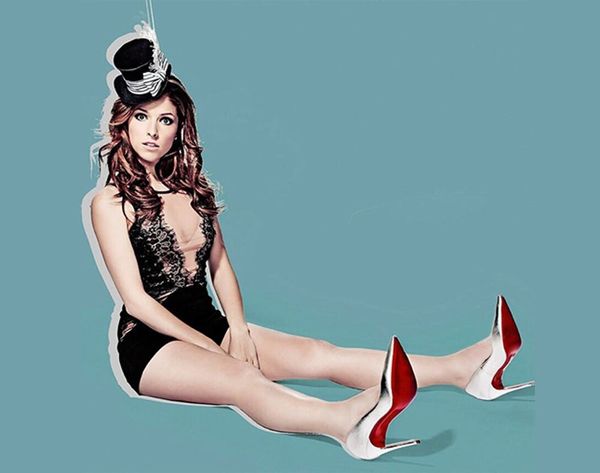 Laughter really is the best medicine and, thanks to Twitter, a good chuckle only needs 140 characters. We’ve compiled a list of the funniest folks on the social media site so the next time you need to laugh, follow these handles and let hilarity ensue. And while you’re on a following spree, (#shamelessplug) make sure to follow @BritandCo!

1. Mindy Kaling, @mindykaling: We’ve already declared 10 reasons why we love Mindy. Her Twitter account is one of ’em.

3. Conan O’Brien, @ConanOBrien: The late-night host has 11.2 million followers, so it’s safe to say we’re not the only ones addicted to this Ginger. #sorrynotsorry

4. The Dark Lord, @Lord_Voldemort7: Wizards and Muzzles alike will laugh like they’re drunk off Butterbeer at the tweets typed by “he who must not be named.”

5. Condescending Wonka, @OhWonka: This Twitter handle came to life in March 2012 after a surge of insulting Willy Wonka memes took over the Internet.

6. Ken Jennings, @kenjennings: Answer: This 74-time Jeopardy champ is a witty beast on Twitter. Question: Who is Ken Jennings?

7. Ronan Farrow, @RonanFarrow: The son of Mia Farrow and Woody Allen is no stranger to Twitter controversy. The Twittersphere went bananas on Father’s Day when he tweeted, “Happy father’s day-or as they call it in my family, happy brother-in-law’s day.”

8. Lena Dunham, @lenadunham: Lena’s made a career out of having no filter and a wicked sense of humor. If her new book, Not That Kind of Girl (out 10/7), is anything like tweets, we’ll be the first in line.

10. Anna Kendrick, @AnnaKendrick47: We’ve already declared our love for the dry-humored Pitch Perfect star once, but we have no problem doing it again… and again… and again. Basically, she’s our girl crush for life.

11. Betty F*ckin’ White, @BettyFckinWhite: Betty White is the biggest 92-year-old badass we know. This parody account takes her out of control sense of humor to a new level.

12. Billy Eichner, @BillyEichner: Billy on the Street is even funnier on Twitter.

14. Megan Amram, @meganamram: In a sea full of bad Twitter puns, this Parks + Recreation writer rises above them all with her sharp and often ridiculous sentiments.

15. Chris Kelly, @imchriskelly: You don’t need to tune into Saturday Night Live each week to get your dose of funny. This SNL writer brings the laughs throughout the day.

Kim Messina
Kim was born and raised in New Jersey. The true definition of a “fan girl,” her friends make fun of her because she speaks in teen. But she’s okay with that because boy bands are her Kryptonite. On a typical night you can find her reciting lines to a Full House rerun and testing her latest baking experiment.
lena dunham
Tech
lena dunham twitter
More From Tech