Anne Hathaway Preemptively Calls Out Would-Be Body Shamers: ‘It’s Not Me, It’s You’ 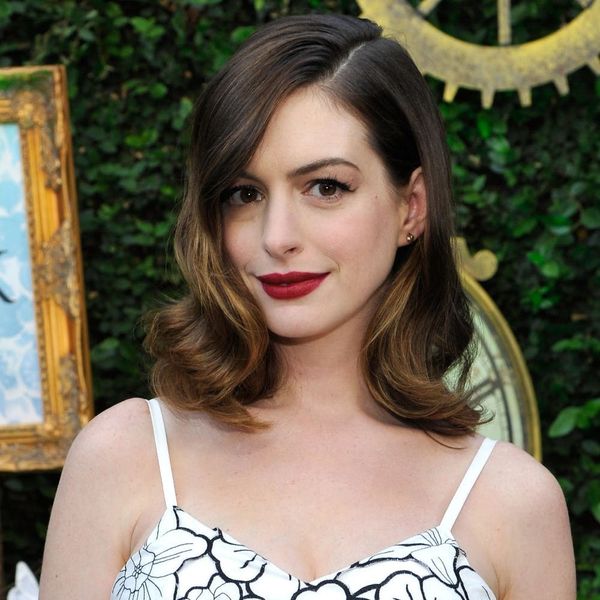 Anne Hathaway is not here for comments about her body. Like several others before her — including Gigi Hadid, Chrissy Metz, Ruby Rose, and Kesha — the actress took to social media to speak out against body-shaming, directing her message at anyone who might feel compelled to criticize her appearance as she gains weight for a film.

On Thursday, the Ocean’s 8 star shared a video of herself completing a rather lengthy workout at a gym. (Seriously, we’re sweating just thinking about it.) “I am gaining weight for a movie role and it is going well,” she captioned the post on Instagram.

Knowing the internet, though, she apparently felt that comments about her physique would be inevitable, so she added a note to any would-be trolls: “To all the people who are going to fat shame me in the upcoming months, it’s not me, it’s you. Peace xx”

She also wrote that she wanted to set her video to Queen’s “Fat Bottomed Girls,” but wasn’t allowed to for copyright reasons.

This isn’t the first time the actress has taken preemptive action. Back in January 2016, she posted a baby bump reveal after realizing someone had taken a photo of her without her consent. At the time, she wrote, “So, posting a bikini pic is a little out of character for me, but just now while I was at the beach I noticed I was being photographed. I figure if this kind of photo is going to be out in the world it should at least be an image that makes me happy (and be one that was taken with my consent…)”

What do you think about Anne Hathaway’s message to body-shamers? Let us know @BritandCo.