Apparently, an Ingredient Found in McDonald’s Fries Can Regrow Hair 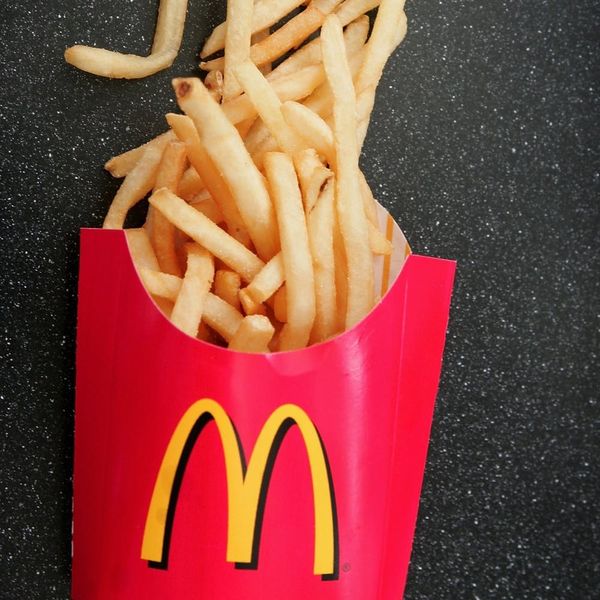 Hair loss is among one of the more serious aesthetic woes men and women deal with, and it’s more prevalent than many of us might realize: according to the North American Hair Research Society, half of women aged 50 and older will experience some degree of female pattern hair loss. While bald can *certainly* be beautiful, scientists just discovered a promising ingredient that could help those who are fighting to hold onto their hair. And here’s the kicker: if you’re one of the millions of Americans who has been to McDonald’s, you’ve probably eaten — yes, eaten — this ingredient.

Dimethylpolysiloxane (a type of silicone) is used as an anti-foaming agent in McDonald’s fries — but it turns out that the stuff could be a golden ticket to regrowing hair! Scientists from the Yokohama National University discovered that the chemical compound can create hair follicles, which can then grow into actual, visible strands once it’s been transferred. The study was conducted on mice, who grew some wiry-looking black hairs within days of follicle transplantation.

While the compound has yet to be tested on humans, the scientists are optimistic that the effects will translate. “This simple method is very robust and promising,” study co-author Professor Junji Fukuda noted. “We hope that this technique will improve human hair regenerative therapy to treat hair loss such as androgenic alopecia.”

What do you think of this new research discovery? Let us know @BritandCo!