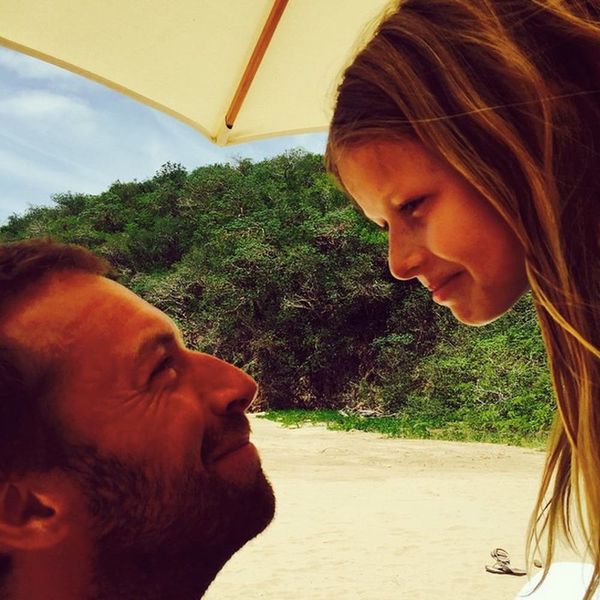 For some of us, Super Bowl weekend means nothing at all (save for some adorable ads). For others, it just means needing to buy a jug of deep-frying oil and making sure our favorite sweats are handy. Some people, like, I dunno, football players, probably have a little more prep on their plates. And the halftime show — this year featuring Coldplay and the return of Queen Bey — comes with its own set of nerves. At a recent press conference ahead of Sunday’s game, Coldplay singer Chris Martin revealed that his daughter Apple gave him the cutest pep talk ever about it.

“My daughter said the sweetest thing yesterday,” Martin said. “She said, ‘How are you feeling about the Super Bowl?’ I said, ‘Of course we’re a little bit nervous.’ She said, ‘Dad, the worst that could happen is that you’ll get turned into a meme.'” This kid kills us!

Will you be watching the Super Bowl this weekend? Let us know on Twitter at @britandco!