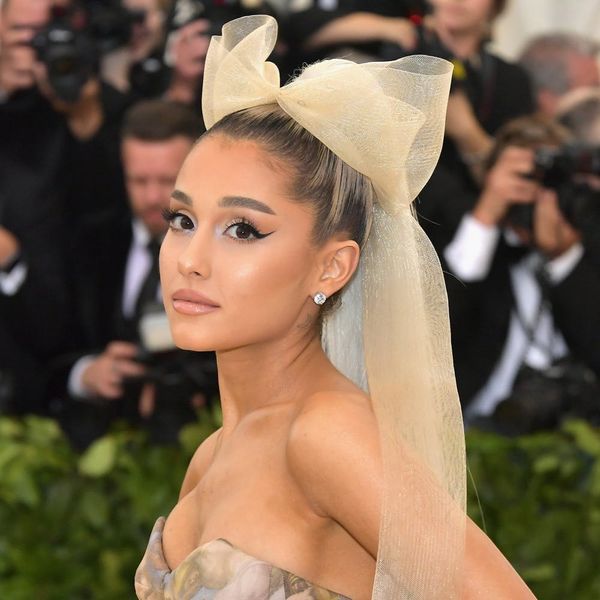 It looks like Ariana Grande was involved in a minor Carpool Karaoke accident. The singer filmed an episode of James Corden’s popular Late Late Show segment this week, and she appears to have suffered a hand injury in the process.

On Tuesday, August 7, Grande posted a video to her Instagram stories of her hand wrapped up in a bandage as she gave a thumbs up. The caption read simply, “bleeding n smiling.” Later, she shared a photo of herself posing with her injured hand, again giving a thumbs up, as she laughed and called herself “an idiot.”

So, what happened? As of Wednesday, the “No Tears Left To Cry” singer hadn’t offered any details, but she did joke about the incident with fans on social media, promising that they would see what went down when the segment aired. She also said that she loved her bandage: “It’s so cool, I will miss it when I heal.”

but i LOVE my bandage it looks sick @JKCorden i’ll be ok one day pic.twitter.com/uBABjvksVP

Injury aside, it sounds like viewers will be in for an extra-special segment when Grande gets in the passenger seat. “The #CarpoolKaraoke we just shot might be one of my favorite ever!” Corden tweeted on Tuesday. “I can’t wait for you to see it. @ArianaGrande is the real deal.”

Grande also called it the “best day ever,” thanking Corden and his crew, band, and writers. “[So much] fun,” she gushed to her Twitter followers. “Can’t wait for y’all to seeeee what we been up to.”

Corden first hinted at an upcoming Carpool Karaoke with Grande on Monday, when he tweeted the lyrics to her hit songs “No Tears Left to Cry” and “God Is a Woman.” No air date for the segment has been announced.

Are you curious what happened to Ariana’s hand during Carpool Karaoke? Let us know @BritandCo!