Ariana Grande Slipped a Blink-and-You’ll-Miss-It Political Statement in Her Video for ‘thank u, next’ 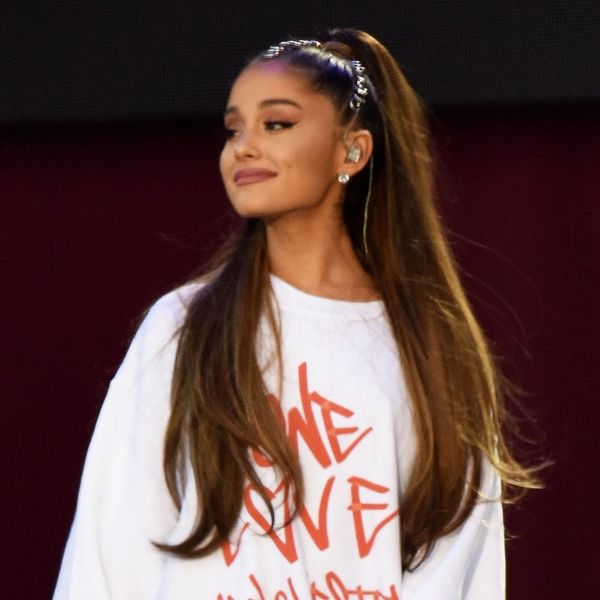 Leave it to Ariana Grande to drop the video for her smash break-up anthem “thank u, next” late on a Friday afternoon and STILL break the internet. While the video is chock-a-block with references to what we can only assume are her favorite movies — Mean Girls, Bring It On, 13 Going on 30, and Legally Blonde — there’s a nod at current events, too. Specifically: one blink-and-you’ll-miss-it jab at President Trump during the last part of the video.

During the portion of the video in question, Grande embodies the fearless heroine of Legally Blonde, Elle Woods (played by Reese Witherspoon in the OG movie and sequels), reading up on her legalese. And the subject Grande is brushing up on is especially timely: immigration and refugee law and policy.

The book is a subtle message about Grande’s politics and her support of immigrants and refugees. Although she hasn’t spoken directly about the current immigration crisis, the caravan of asylum-seeking immigrants that’s been attacked at our border by the military, or ongoing ICE raids and deportations of immigrants in the US, the singer has not shied away from expressing her liberal values in the past.

“There’s a lot of noise when you say anything about anything,” she told Elle earlier this year. “But if I’m not going to say it, what’s the f-cking point of being here? Not everyone is going to agree with you, but that doesn’t mean I’m just going to shut up and sing my songs. I’m also going to be a human being who cares about other human beings; to be an ally and use my privilege to help educate people.”

In the last year, the Trump administration has been under fire for its decision to separate children from their guardians at the border when attempting to cross into the US and seek asylum. Immigration experts agree that current immigration laws do not call for the traumatizing separation of children from their caregivers.

(Photo by Getty Images/Dave Hogan for One Love Manchester)

Kat Armstrong
Kat has been a writer, social media maven and mom for longer than she's willing to admit. She's also spent time in front of and behind the camera, interviewing celebs, politicians and acting as a producer for fashion and artistic photography shoots. When she isn't writing for various orgs and publications, she's hanging with her kids, husband and French Bulldog, Peter, in Toronto, Canada.
Celebrity
Current Events
Celebrity Immigration Politics
More From Current Events