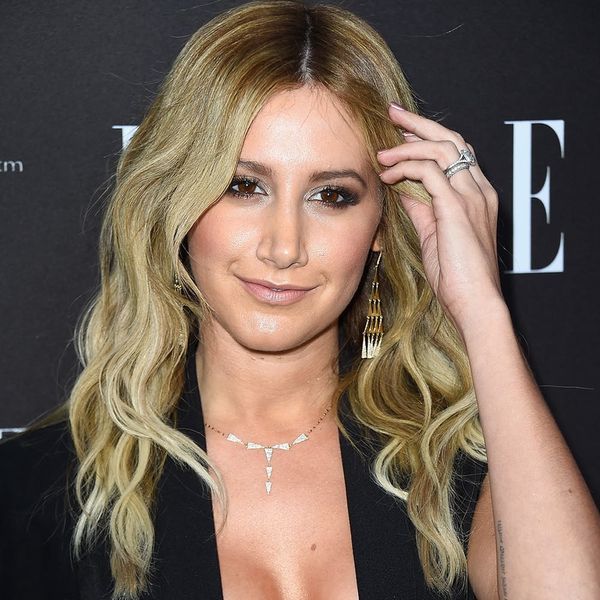 Life in the spotlight isn’t for everyone. Nineties heartthrob Freddie Prince Jr. dipped out of the game to produce instead, Mara Wilson (AKA Matilda) left her child star days behind to become an author and now it’s looking like Ashley Tisdale is transitioning from acting to hairstyling. Okay, kind of… maybe… not really.

The 30-year-old teamed up with beauty magazine, Allure to try her hand as a hairstylist. In the video documenting the experiment, Ashley explains that she plays a hairstylist in her role on the show Clipped so she wanted to give it a shot IRL.

Ashley walks into Allure’s office and seeks out an employee named Liz who’s rocking some super long locks. The two get right into it and Ashley picks up some scissors and starts cutting. She explains that she hasn’t done this before, but is surprisingly equipped with some professional cutting techniques. She grabs sections of hair and twists them before gently using the scissors at a downward angle, which according to a website on the subject “creates volume by removing weight from the hair.”

After some small talk, Ashley finishes Liz’s hair (which doesn’t actually look all that different) and somewhat awkwardly walks away. Before she leaves she asks a few other employees if they want a haircut, but none of them look too eager. Ashley, if you want to head on over to Brit HQ we’re pretty sure we can book you a full day’s worth of appointments.

Have any of your favorite actors totally switched careers? Tell us who in the comments below.

(Photos via Allure and Frazer Harrison/Getty)

Cortney Clift
Cortney is the senior writer and special projects editor at Brit + Co. She typically covers topics related to women's issues, politics, and lifestyle. When she's not buried behind her computer you'll find her exploring New York City or planning her next big adventure.
Celebrity Hair
Hair
Celebrity Hair