These Popular Baby Names Didn’t Exist Before the Year 2000 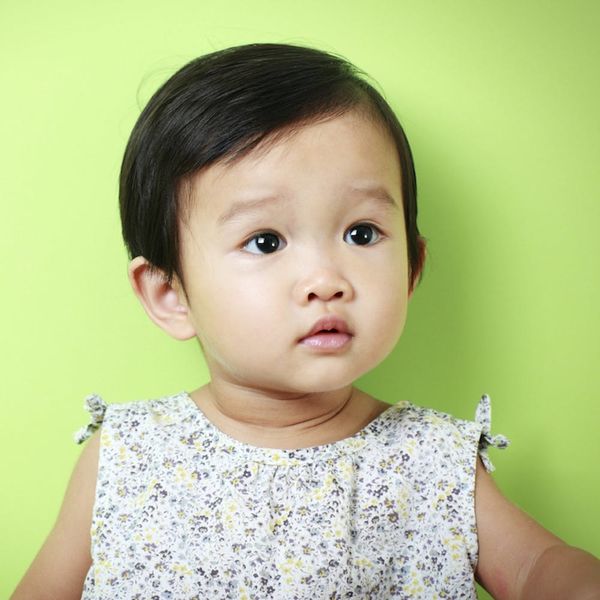 2015 was the year of the gender-neutral baby name, and we also saw a lot of revivals of old school traditional names, but 2016 naming trends remains to be seen. Sure, there will be your Emmas, Sophias (most popular girl name in the world!) and Ethans, but there will be a lot of other names that didn’t come around till this millennia. The folks over at MooseRoots, a genealogy site, has compiled a list of creative baby names that (practically) didn’t exist before the year 2000. We say “practically” because the number of babies bequeathed with these names numbered in less than 100. Check out the names below.

1. Bentley: Bentley was just a brand of automobile and a last name before the 2000s where it got revamped as a charming baby boy name.

2. Nevaeh: This interesting name is climbing in popularity by the day. The name is almost wholly 21st century creation. Only five newborns were ever given this name before the turn of the century. It’s also Heaven spelled backwards ;)

3. Mila: While we all know who Mila Kunis is, her name wasn’t all that popular in the US until more recently. Traditionally, Mila is the diminutive form of several European names, including Kunis’ whose full first name is actually Milena.

4. Khloe: Surprise, surprise, Kris Jenner was onto something when she gave Khloe her name. Replacing traditional “C” names with a “K” is certainly very millennial.

5. Paisley: This pattern hasn’t always been a baby name, but with the popularity of names ending with a long “E,” it’s finally getting it’s day in the sun.

7. Ryker: Now this one is interesting because it might have both Marvel and Star Trek to thank for its popularity. The interesting part is that in both franchises, Ryker (or Riker) is the name of a villain. To each their own!

8. Maddox: Angelina Jolie certainly broke the mold when she gave her son this name back in 2003. People buzzed about it for a while and the name is still on the rise.

9. Gael: This name is also getting to be super popular in Spain of all places. Traditionally, it’s been used as a boys name, but we think this one is ripe for gender-neutrality.

10. Kingston: This is Gwen Stefani’s oldest son’s name, and you know everything Gwen touches is cool. City names for baby names has always been popular, and Kingston is proof of that.

11.Zayden: A little while back, we saw a flurry of babies being christened Aidens, Jadens and the like. Here’s one more creative baby name for that pile.

12. King: This name certainly is… powerful. This name for little boys is also climbing the charts these days.

13. Lyla: We all know and loved and loved to hate Lila Fowler from the Sweet Valley Twins series. This pretty name is a throwback with a twist.

14. Londyn: This interesting new take on a traditional name and city is oh-so-millennial. What can we say? People like to get a little creative these days.

15. Isla: This name is also super popular right across the pond in Wales and England. Bonus: Isla Fisher has made this name even better.

16. Adalyn: There’s something distinctly old-fashioned about the name Adalyn, so you’ll be surprised to hear this name only really came around after 2000.

17. Norah: Nora has been around forever, but Norah has only gained momentum in this century. Plus, who wouldn’t want to share a name with Norah Jones, one of the best coffeeshop crooners of all time?

18. Jax: Names ending with an “x” are super popular these days and Jax is a creative new take on the very traditional Jack.

19. Arabella: This was Ivanka Trump’s pick for her firstborn’s name. You have to admit, it’s a pretty adorable girl’s name.

20. Cash: Yes, yes, we know Jessica Alba’s husband Cash Warren has this name and he was obviously born before 2000, but he was an exception.

21. Jaylah: This new-fangled moniker is super sweet and climbing the ranks in popularity.

22. Beckett: This one might have something to do with love for a certain playwright, but another popular naming trend has been last names for first names.

23. Brynlee: This one was truly a 21st century creation and it’s so pretty. Doesn’t Bryn make a sweet nickname?

25. Arya: This name might have actress Maisie Williams + Game of Thrones to thank for its meteoric rise in popularity.

26. Vivienne: Another Angelina pick, this one hopped over from Europe — France, specifically, where it was the spelling of choice for the more commonly seen Vivian.

Do you know someone with any of these names? Tweet us @BritandCo!

Kimberly Wang
Kimberly Wang writes about all things pop culture, tech, style, and beauty. She's a Bay Area transplant and has an MFA in Creative Writing from Columbia University. On a sunny New York day, you can find her hanging out with her mini schnauzer Isabelle Jellybean on a blanket in Central Park.
Unique Baby Names
Baby Names
Unique Baby Names
More From Baby Names