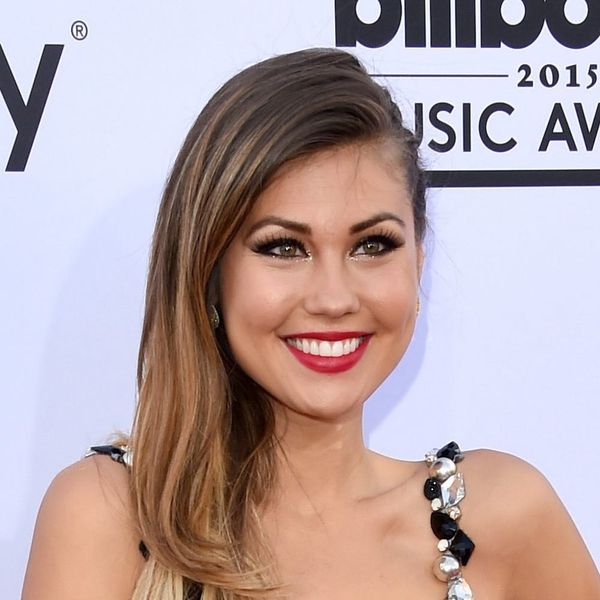 Former Bachelor hopeful Britt Nilsson has handed out her final rose! After suffering her fair share of heartbreak on season 19 of The Bachelor, which she openly admitted to battling an eating disorder throughout, the 30-year-old lost out on a shot at the Bachelorette after being voted off in favor of Kaitlyn Bristowe. It looks like it was for the best, however, as the reality alum has officially tied the knot with her one *true* love, Jeremy Byrne.

The brunette babe said “I do” to her California beau in front of 160 guests (none of who were Bachelor alums) at Green Oak Ranch in Vista, California, which holds a very special place in her fiancé’s heart. “Jeremy’s great-grandfather actually started this ranch way back when, so it’s been in his family forever,” the blushing bride revealed to Us Weekly. “It’s really beautiful and very nostalgic for Jer for sure.” Making it all the more special was the fact that the the groom’s grandfather actually officiated the ceremony, which took place in front of a floral cross.

Nilsson’s bridesmaid and BFF, Shelly Burkard, gave us a glimpse of her in her stunning off-the-shoulder trumpet gown from Matthew Christopher, which she paired with a veil perched atop her loose, flowing curls.

While breathtaking, to be sure, it was her custom white bedazzled Converse sneakers that we couldn’t take our eyes off of.

Adorned with pearls and dainty jewels, the shoes were unlike any we’ve ever seen. “I have the best roomie everrr!” Nilsson gushed. “Look at the shoes she made for me to wear today! @juliasobo you are a wizard!!! I mean, come on!!! I love you!!!”

The unconventional kicks seemed fitting for the free-spirited newlywed, who began dating Byrne in 2016 and got engaged this past May, managing to plan everything in just under four months with help from Erica Spencer of Erica Marie Events. “We were just like, ‘We know we wanna get married, we love each other, let’s do it!'” she told Us.

They likely won’t waste any time before starting a family, either: As Nilsson told the outlet, “We’re thinking a year or two just to really have our adventure of just us as a married couple. Once I start having kids, I’ll just be popping them out left and right!”