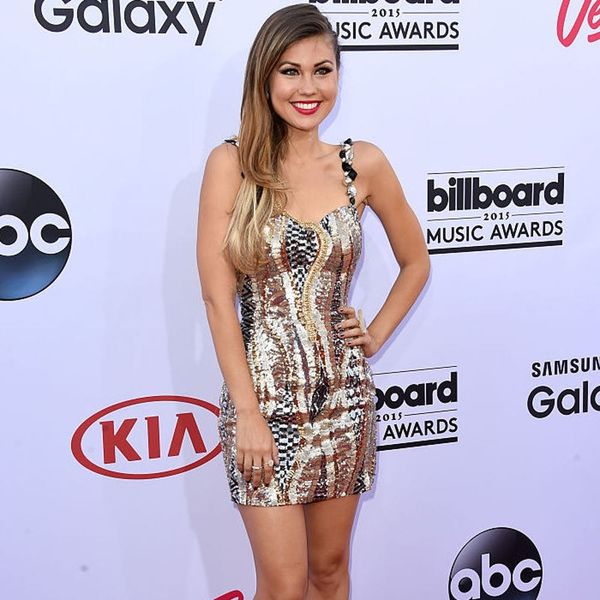 Former Bachelor contestant Britt Nilsson is opening up about her experience on the show — and the struggles she kept hidden from the camera — in a very personal way. The reality TV alum, who competed with Kaitlyn Bristowe to be the season 11 Bachelorette, revealed in a new vlog that she was battling an eating disorder while on The Bachelor.

In a video the 30-year-old shared to her YouTube channel, Nilsson opened up about her struggles with bulimia, as well as her problems with addiction to drugs and alcohol.

Specifically, she revealed the fight she faced while competing on Chris Soules’ season of The Bachelor, explaining that being on the show triggered a relapse of her binge-eating disorder and bulimia. “For me, having tons of food everywhere [on The Bachelor]… it just became too much. I would just eat to shove down — I had pain and anxiety, I felt insecure, I didn’t feel pretty enough, I didn’t know what was going on, I missed my family. And I hadn’t acted out that way in a long time.”

Addressing the fact that contestants wear microphones throughout filming (24/7, in fact), she admitted that she was scared she would be found out. “I was totally terrified that it was going to be caught on a mic and that millions of people were going to know that I just couldn’t control myself,” she shared. “I would take my mic off and try to hide it under towels so they wouldn’t hear me throw up, because then that was going to be on the show and that was going to be a plot line. How horrible would that be, to be the girl who has an eating disorder, who can’t stop eating and throwing up?”

These days, Nilsson is engaged and sober and has made a vow to never make herself throw up again. She’s kept that promise for two years.

Knowing that others can relate to her struggles, Nilsson said she hopes that her honesty can encourage her fans to seek the help they might need. “I want to be totally vulnerable here, so if you’re going through the same thing, I know what that feels like — to feel completely out of control and ashamed and scared at the same time,” she said in her video. “I know exactly what that is. But there is hope.”

If you are struggling with an eating disorder and need support, please get in touch with the National Eating Disorders Association Helpline at 1-800-931-2237. Or, for a 24-hour crisis line, text “NEDA” to 741741.