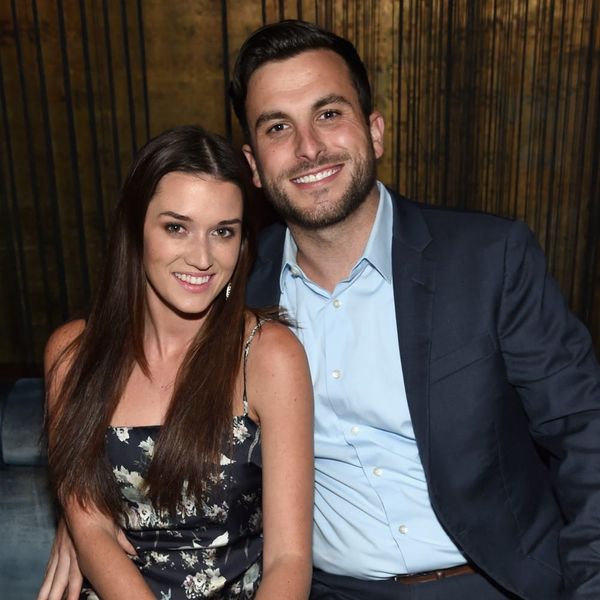 Bachelor in Paradise alum Jade Roper gave birth to a little girl, Emerson Avery Tolbert, with husband Tanner Tolbert back in August. The couple had originally announced their due date as September 12, but Roper’s water broke a month ahead of schedule, and while everyone ended up being fine, Roper is now opening up about a super scary situation that made her glad for the baby’s early arrival.

In a video made for their blog Janner Manor, Roper details how the “surprise” arrival of baby Emerson — Emmy for short — left them a little blindsided and underprepared.

“People always talk about having bags packed before the birth,” she says in the 20-minute video. “We had nothing because it was a month out and we figured we had time to not only physically prepare, but mentally prepare.”

The baby’s early arrival meant a change in Roper’s birth plan. She initially planned to use a midwife to deliver at a birth center but had to go to the hospital instead, and while she wasn’t happy with the last-minute switch, the whole ordeal was a blessing in disguise.

Roper’s midwife soon revealed that there was a knot in Emmy’s umbilical cord. “We are very lucky she came early or her nutrients, blood, and oxygen could’ve been completely cut off from her in the womb from the knot,” Roper wrote in the blog post accompanying the vlog, adding in the video that Emerson “would’ve died.”

As promised, althoughhhh about 6 weeks late,🙈 but Emerson’s Birth Story is live! Tanner and I decided to vlog it and to include photos to go along with the story. No trigger warnings, we had a positive birth experience. 💗 Link in my bio!

In the end, Emmy’s birth was “beautiful, exhilarating, spiritual, painful [and] perfect,” according to Roper, and they have a healthy, happy baby to show for it — their “little miracle.”

What did you think of Jade and Tanner’s birth story? Let us know @BritandCo.

(Photo via Jamie McCarthy/Getty Images for WE tv)