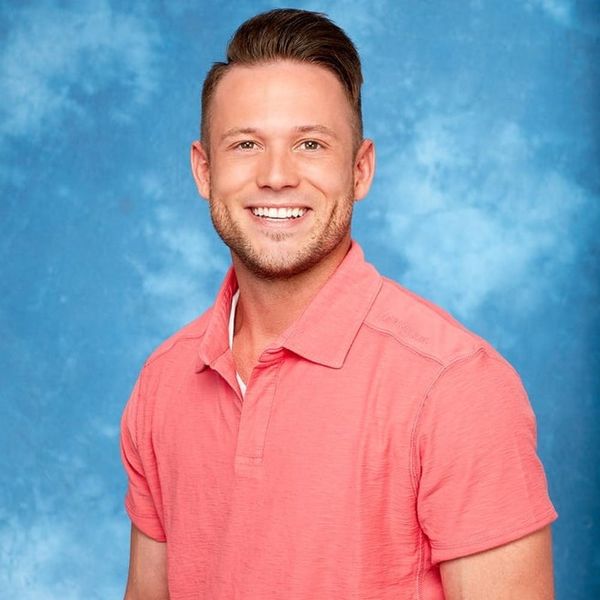 Former Bachelorette contestant Lee Garrett found himself in the hot seat for a good part of the show’s Men Tell All reunion special, which aired last night on ABC. Back in June, Garrett was accused of tweeting some really offensive (racist and homophobic) things, so host Chris Harrison took time out of the special to confront him about the tweets, and to allow his fellow contestants to voice their frustrations and objections. After some back and forth, Garrett issued a half-hearted apology that showed he really didn’t understand what he had to apologize for.

When the subject of the tweets first came up, Garrett tried to slow the tide before it began by saying, “I’m facetious. I make jokes when I’m uncomfortable in inappropriate times. It doesn’t always come off right, and I definitely learned that about myself.”

After being asked to clarify what he meant when he compared the NAACP to the KKK, and why he compared women to dogs, among other things, he stammered, “I don’t like racism at all. It bothers me morally, it bothers me inside, and I don’t like it. And when I woke up and I saw that those came out, it hurt me a lot.”

His fellow contestants weren’t ready to let him off the hook, though, and pointed out that he seemed more bothered by the fact that he got caught than by the fact that he’d said such things in the first place. He then offered an apology of sorts, saying, “I’m sorry for saying things when I was not educated and ignorant in those subjects.”

Bachelorette Rachel Lindsay then confronted him, saying that he shouldn’t have to watch playback of a show like The Bachelorette to learn about different types of people, and that he should have been present during the experience and enjoyed the wonderful people he was with. Once the taping was complete, Lindsay told E! News, “I really hope he learns from it.”

Harrison also spoke with E! and said, “I don’t know, honestly. At the end of the day, Lee could be completely full of sh*t. He could be giving everybody the lip service they want today. I hope that’s not the case. I don’t know him well enough to know, but I hope so. If nothing else, I hope he heard some things and I hope he learns a little something. I think he was pretty ignorant, clearly, and did some really silly things and made some huge mistakes.”

Not everyone is giving him the benefit of the doubt, however. Dean Unglert told E!, “I did not buy it in the slightest. … My blood is literally boiling. He’ll say and do things and then when he’s put on the spot, he will manipulate it to try and make people think he’s apologizing and make them feel better about themselves, but I’m not a fan.”

Harrison said that, going forward, the way the show vets contestants will change, and producers will comb through everyone’s social media accounts, which is “a pain in the ass,” but probably needs to be done.

“It’s embarrassing we didn’t [go through contestants’ social media] and that’s going to change. But people need to know there are things in place that made those things irrelevant and obsolete in the past. We would take over their accounts, we would shut down their accounts so the past didn’t matter. And so, we didn’t have to go through thousands and thousands and thousands of tweets.” The past always matters, though, when it comes to issues like misogyny and racism.

What did you think of Lee Garrett’s “apology” on The Bachelorette? Tell us @BritandCo!

Kat Armstrong
Kat has been a writer, social media maven and mom for longer than she's willing to admit. She's also spent time in front of and behind the camera, interviewing celebs, politicians and acting as a producer for fashion and artistic photography shoots. When she isn't writing for various orgs and publications, she's hanging with her kids, husband and French Bulldog, Peter, in Toronto, Canada.
The Bachelorette
TV
The Bachelorette