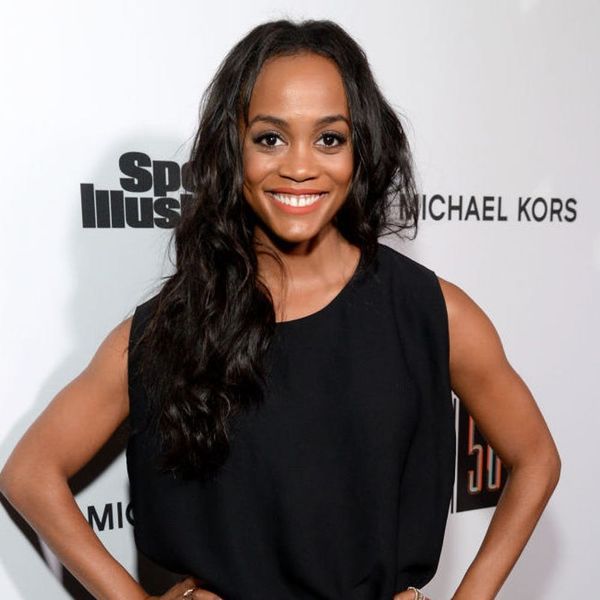 Dean Unglert may be getting a second chance at love on Bachelor in Paradise, but that doesn’t mean he’s over Rachel Lindsay. In fact, just as the Bachelorette herself admits shocking details about saying goodbye to Unglert, he’s revealed that he thinks she’s “blinded” by Bryan. Draaama!

“In my eyes, from what I saw, I think [Lindsay] would be incredibly happy with Peter or Eric, but I think that she is very much in lust with Bryan right now,” Unglert admitted to ET. “I could see her making that emotional decision based off that.” But he wasn’t finished there. He continued, “I can understand skepticism [about Bryan] from a viewer’s perspective. I keep seeing these red flags everywhere with Bryan.”

He added that he feels like Lindsay has been swept away by the situation, saying, “I think just the heart eyes on Rachel are kind of blinding her a little bit… He definitely knows how to say the right things at the right times.”

I don't have a clever caption to go along with this. Just thought it was a cute pic and wanted to post it #🐪day

However, there’s also the possibility that Unglert is blinded by his own feelings. Lindsay herself admitted that things didn’t go smoothly when she broke things off with the 26-year-old, telling People, “It was a tough goodbye — he was defensive, confused, and a bit angry. I know that sometimes at first being angry is easier to stomach than allowing yourself to be sad.”

What do you think about what Dean Unglert and Rachel Lindsay had to say about each other after their goodbye? Let us know @BritandCo!