Netflix Just Signed a *Major* Multi-Year Deal With the Obamas 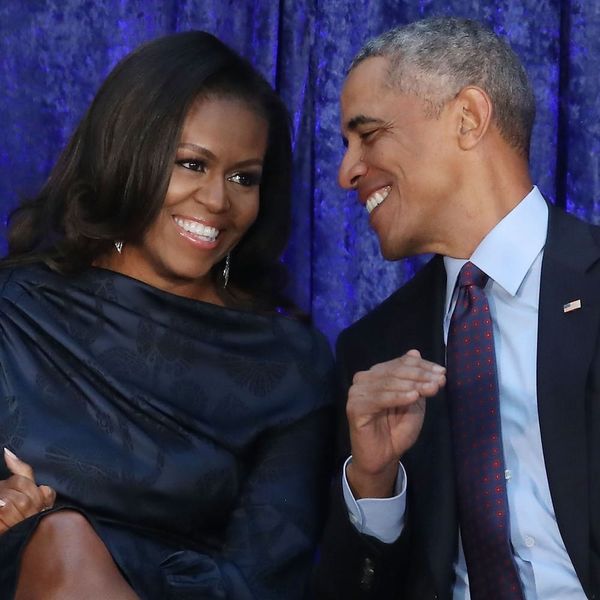 UPDATE, May 21, 1:15pm ET: It’s official! Netflix confirmed today, May 21, that it had signed a multi-year agreement with Barack and Michelle Obama to “produce a diverse mix of content, including the potential for scripted series, unscripted series, docuseries, documentaries, and features.”

“One of the simple joys of our time in public service was getting to meet so many fascinating people from all walks of life, and to help them share their experiences with a wider audience,” the former president said in a press release. “That’s why Michelle and I are so excited to partner with Netflix — we hope to cultivate and curate the talented, inspiring, creative voices who are able to promote greater empathy and understanding between peoples, and help them share their stories with the entire world.”

The former first lady shared a similar sentiment, saying, “Barack and I have always believed in the power of storytelling to inspire us, to make us think differently about the world around us, and to help us open our minds and hearts to others. Netflix’s unparalleled service is a natural fit for the kinds of stories we want to share, and we look forward to starting this exciting new partnership.”

When Barack Obama recently appeared on David Letterman’s Netflix talk show to discuss, among other things, his “dance floor dad moves,” we only wished there was more of him to watch — and now there’s a chance that it might actually happen.

According to The New York Times, the former president and first lady Michelle Obama are in discussions with Netflix about producing a “series of high-profile shows” for the streaming service. The negotiations are said to be in the “advanced” stage, and current series ideas reportedly focus on “shows that highlight inspirational stories” more than current politics.

“President and Mrs. Obama have always believed in the power of storytelling to inspire,” Eric Schultz, a senior adviser to the former president, told the NYT. “Throughout their lives, they have lifted up stories of people whose efforts to make a difference are quietly changing the world for the better. As they consider their future personal plans, they continue to explore new ways to help others tell and share their stories.”

The report suggests that one show idea might feature Barack Obama moderating conversations on issues such as health care, immigration, climate change, and more. Another, it says, could feature Michelle Obama covering topics she supported in the White House, such as health and nutrition.

Per the NYT, Netflix had no comment about the report.

Would you watch shows by the Obamas on Netflix? Let us know @BritandCo!